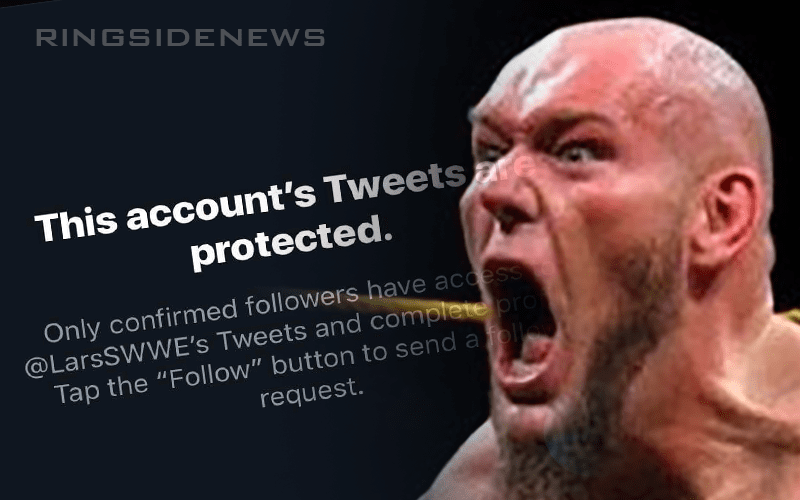 Lars Sullivan is a very fascinating human being. He is known as The Freak not only because of his size, but he is also known to be quite vocal as well. He recently suffered what is believed to be an anxiety attack and then he went back home to Colorado without appearing on RAW or SmackDown Live. Since then he has reportedly not been in contact with WWE. This has put his status with the company under some question.

Sullivan has gone on block parties on Twitter before, but he recently took another step to make sure that people can’t see what he is tweeting. The incoming WWE Superstar recently changed his Twitter account to “protected” status.

This means that if you were already following Sullivan you’ll be okay, but new fans or non-followers won’t be able to see what he’s saying.

So far Sullivan hasn’t tweeted anything since he changed his status. In fact, he hasn’t tweeted since January 4th. It is still rather interesting though and adds even more intrigue to the ongoing events surrounding Sullivan.