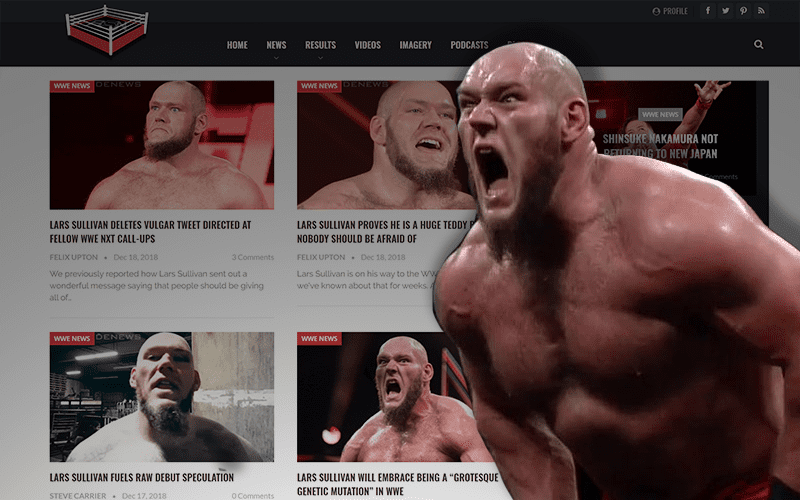 Lars Sullivan is going to be a big deal in WWE. He’s already booked as a monster and he hasn’t even made his main roster debut yet.

We have done several stories about Sullivan in the past. Some of them might not have pleased him too much. Ringside News is committed to delivering unbiased and transparent news. We are sorry if we offend anyone in the process, but we’re just doing our jobs and sometimes the news isn’t pretty.

We recently ran a story about a heartfelt tweet that he sent out toward his fellow NXT call-ups. He might not have liked that at all. Following our article, Sullivan sent out a vulgar message saying those people were actually stealing his thunder and then he deleted the tweet.

It seems that Sullivan had enough of Ringside News founder Steve From Florida so he blocked Steve on Twitter.

When asked about how he feels about the situation, Steve From Flordia said “I really don’t care because I can still read his tweets.”

We really are rooting for Lars Sullivan. Yes, there were stories about bodybuilding message boards, but we were simply reporting news which could be of public interest.