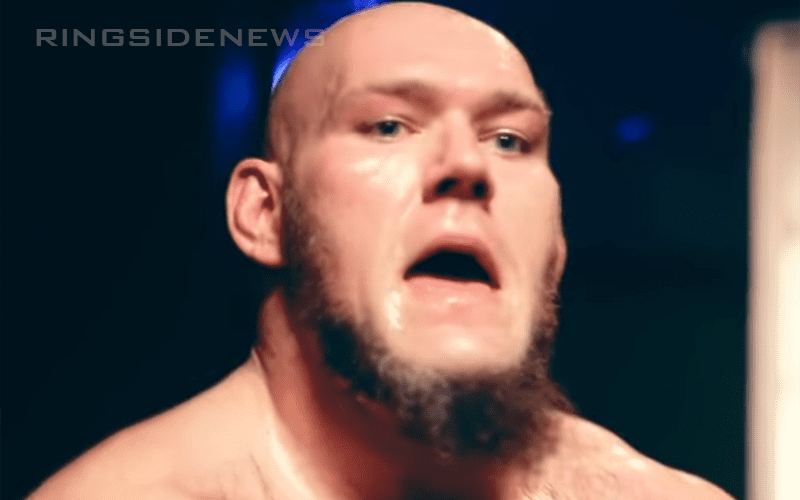 Lars Sullivan didn’t show up to RAW or SmackDown Live as he was scheduled to last week. Instead, he had what is believed to be an anxiety attack and he went back to Colorado on Tuesday. There have been a lot of questions regarding Sullivan and it didn’t end after RAW tonight.

Sullivan was previously booked for a big WrestleMania match against John Cena. Then he went back to Colorado and hasn’t been in contact with WWE since excluding one phone call. He missed events over the weekend and now everything seems to be up in the air.

Rajah reports that WWE had a big segment planned for Sullivan this week as well. However, it looks like WWE changed their booking and with that know never know if a WrestleMania match could be out of the picture for Sullivan

“Later tonight, WWE had planned to tape an angle where Lars Sullivan was going to beat up Cena to begin their WM storyline. was supposed to air next week as Lars’ official debut. But Vince pulled the plug on that either this morning or last night.”

“Unclear whether this means they will try again later to do that or if the entire storyline is now scrapped.”

We will keep you updated on these events as more information is made available. Triple H is said to be taking the heat for Sullivan’s situation as well. With so many new Superstars debuting this week on RAW, you have to wonder if Lars Sullivan’s window to make his first appearance might be closing.