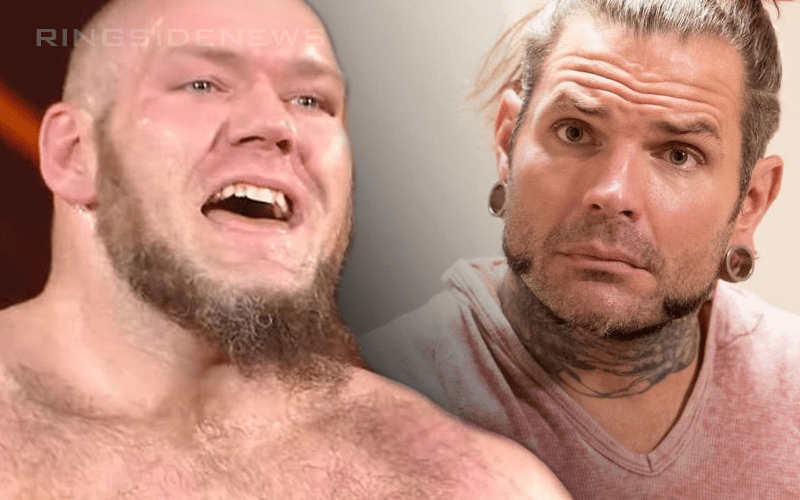 Lars Sullivan’s bodybuilding message board antics have become quite a popular topic and we’ve previously reported several things he has said that are not too appropriate. Some of those comments have included racist jokes and homophobic statements about an NFL quarterback, and he also claimed that he got with Ronda Rousey too.

One person on the message board stated that Hardy connects with the WWE Universe, moves merchandise, and has a ton of respect from the fans as well both young and old.

Then Sullivan replied with his own remark of what he really thinks of Hardy with making a list 11 years ago.

2) He’s a spot monkey with no real wrestling ability

4) The reason he’s popular is because little kids and ugly female wrestling fans (marks) cheer for him because he dresses like them.”

If Lars Sullivan ends up on SmackDown Live, it might be very interesting to see if WWE puts him in a feud with Hardy so he can show him what it’s like to be in the ring with someone with “no wrestling ability.”