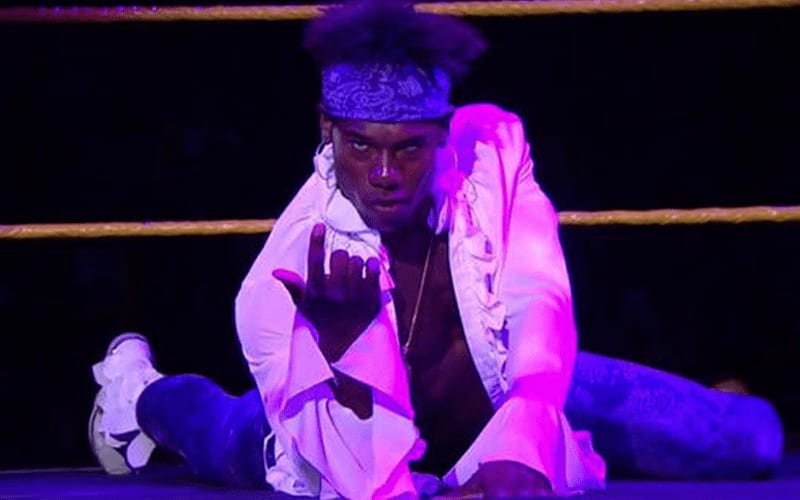 Velveteen Dream’s name is making headlines, and not for any reason he would like. Accusations about him resurfaced, and some fans believe WWE is sweeping them under the rug without investigating.

In April, 2020, some young fans came forward saying that Velveteen Dream was DMing them explicit material including a nude photo. An audio clip of Dream asking “what school do you go to?” was also released. You can click here to find that audio clip.

Velveteen Dream’s initial accusers vanished. There are many reasons why such allegations can go away. Pro wrestling has an interesting history in that kind of thing happening. Click here for more on that.

Everything seemed like it was going well for Velveteen Dream after that. It looked as though he had gotten past this situation. Then more accusers came forward as part of the #SpeakingOut movement. It was alleged once again that “Patrick Clark is a groomer and a child predator.”

Velveteen Dream was involved in a car crash around the same time as the #SpeakingOut movement. This was what Triple H claimed was the reason he was off NXT television for for long.

Now that Velveteen Dream is back, Triple H said that an investigation came up with nothing. Dream’s most recent accuser is still around and did not vanish as the others did. He spoke out and stated that WWE never contacted him about any investigation.

Vince McMahon’s history of being accused of things could play a part into how this situation was handled. Velveteen Dream still has a ton of backstage heat due to what is happening.

Fans are calling for Velveteen Dream to be fired, but Triple H said the company has moved on.