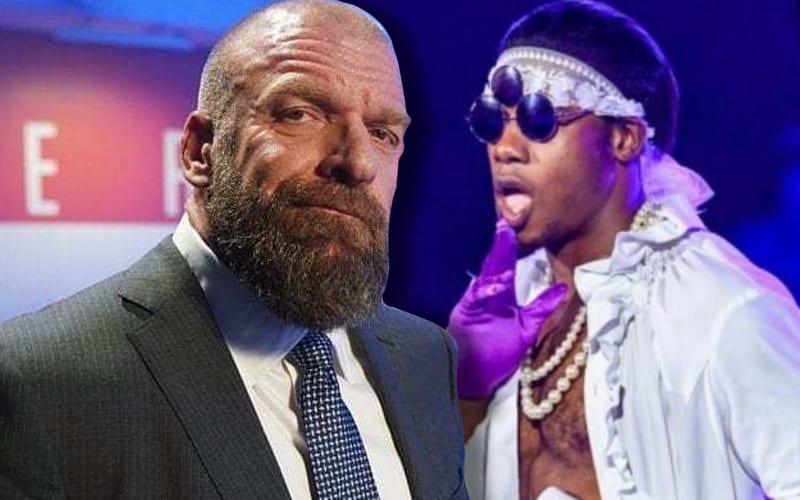 The Velveteen Dream was accused of inappropriate conduct, but WWE found no evidence after doing an investigation. Triple H says they have moved on, and he doesn’t want to talk about it anymore.

During a recent teleconference, Triple H was asked about the investigation that WWE conducted regarding accusations made against Velveteen Dream. Attention was called to the fact that Dream’s accuser says he was never contacted.

In F4Wonline’s summary of the call, they described Triple H’s response on the matter. He said that “they’ve moved on,” but the situation was taken seriously. This was followed by The Game saying that he wants to discuss something else.

Of note, he was asked by Pro Wrestling.net’s Jason Powell about their recent Velveteen Dream investigation he discussed in an interview with CBS and if they talked to the accuser. He didn’t answer the question, standing by what he said on CBS and saying the company takes those accusations very seriously.

Triple H then said that they’ve moved on, but the company takes it seriously. He also said if there’s something there then they will look into it. This was followed by Triple H saying that he would rather move on to different subject. He never addressed the story that Dream’s accuser was never contacted.

Velveteen Dream was accused of sending inappropriate photos of himself to minors. He admitted that the photos were of him and sent from his actual Instagram account, but he was hacked. Audio that Dream sent was allegedly revealed as well.

WWE says they conducted a serious investigation and they found no evidence. Recent attention has been brought to how Vince McMahon might view this situation differently. Either way, Velveteen Dream still has a ton of backstage heat over this situation.