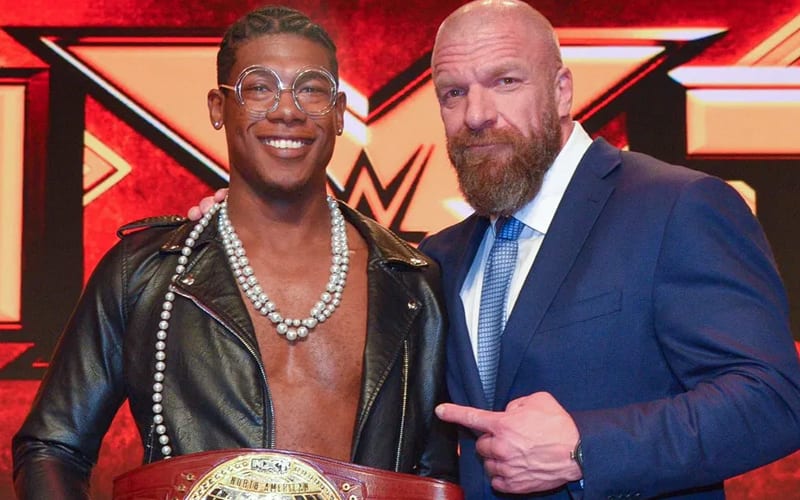 Velveteen Dream was accused of sending inappropriate messages to underage individuals. There was some evidence online already as screenshots from DMs showed Dream sending nudes photos. An audio clip was also released of Dream, but Triple H said that WWE found no evidence.

When Velveteen Dream returned to WWE NXT it angered a lot of fans. His name was trending on social media, and not for a good reason. Since then, a report came out explaining how Vince McMahon sees this situation differently.

While speaking with CBS Sports, Triple H explained that WWE conducted an investigation on Velveteen Dream and they found no evidence of any wrongdoing.

“You know, in this day today, accusations are made and you take them all very seriously. You look into them the best you can, and you find out what is there and what isn’t. In this situation, [Clark] was also involved in a car accident. That’s what took him off TV. In the moment, all this other stuff happens and you look into it and you find that there is a situation that people bring to everyone’s attention, you look into it and find that it is what it is and there’s nothing there. Everything that we have done, we are comfortable with him continuing to do what he does and everything else. But he had a car accident. It stemmed down to people thought we removed him from TV for different reasons. We didn’t. He was in a car accident. Once he was medically cleared to be able to return to the ring from his car accident, we continued forward the way we did. We looked into what was there and we didn’t find anything.”

Velveteen Dream has received a significant amount of heat within WWE for preferential treatment in this situation. One of Velveteen Dream’s accusers also spoke out saying that WWE never contacted him about an investigation.