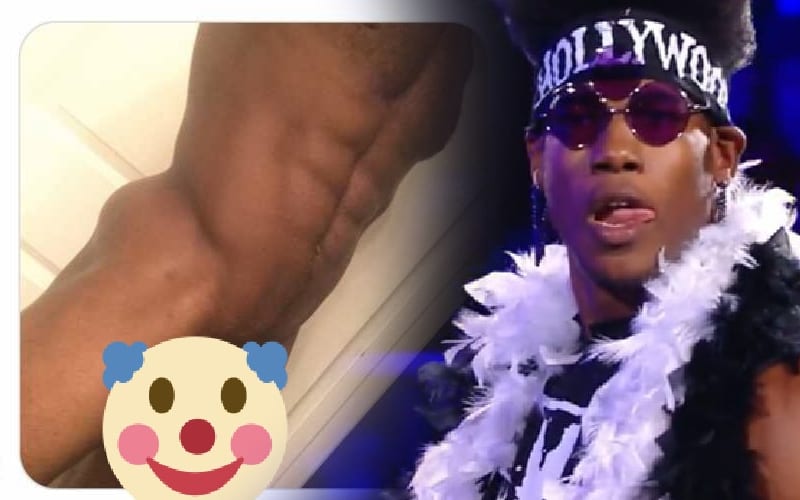 Update: Velveteen Dream has responded to the allegations and has denied them.

A user on Reddit claims that Velveteen Dream sent explicit messages to them. He apparently posted that his “DMs were open” on his Instagram stories. Then he started sending nude photos to users.

You can read the Reddit post below. It has since been deleted, but the post claims that some girls Velveteen Dream sent photos to were underage. Calls were allegedly made as well where she was able to ID his voice.

He posted on his Instagram story that his DM’s were open and now he’s genuinely sending my friends and I messages of a $exual nature. I’d like to think it’s a hacker but I don’t know. How do I begin to approach this? How do I contact WWE? I have proof.”

This is what happened with Velveteen Dream

Edit: he blocked me on Instagram after I wouldn’t send him an uncensored n*de pic back

Edit: I’m really worried about all this. Does anyone have legal advice or whatnot? I’m thinking of deleting this all and getting it to police instead :/

Edit: the evidence that it is him is as follows – his phone number is Washington area code, his voice in the calls was accurate, it was off of his verified Instagram account and the picture he sent is believable”

It hasn’t been confirmed whether Dream himself sent the pictures, or his account was hacked. He still has to make a comment on the situation.

Some are claiming that this was a hacker situation. This Reddit thread is getting a lot of attention which you can see below.

At this time there has been no official response regarding this situation from Velveteen Dream or WWE.

What do you think about this situation? Sound off in our new and improved comments section.

News Tip
wpDiscuz
37
0
Would love your thoughts, please comment.x
()
x
| Reply
You are going to send email to
Move Comment