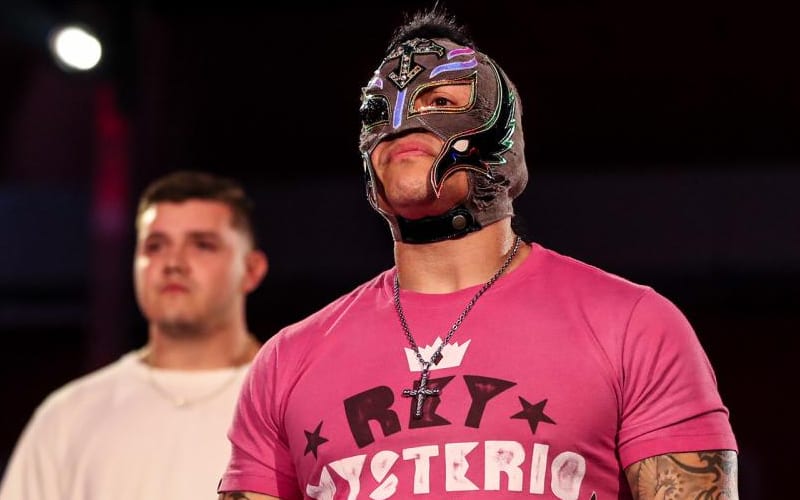 Rey Mysterio is still appearing for WWE, but his current contract expired. He is technically working without a contract which illustrates Vince McMahon’s extreme trust for him.

There are a lot of reasons why Rey Mysterio would want to work something out with WWE. His son’s career is a big reason for sticking around.

Although he’s not working under a current contract, he’s still getting paid. The Wrestling Observer Newsletter noted that Mysterio’s contract is simply carrying over to this current time where he has no contract.

Mysterio has been working on the terms of his original 18 month contract.

Mysterio wanted a raise from Vince McMahon, but it was denied. This was reportedly a big part of the contractual hold-up. The fact that Mysterio didn’t sign a new deal could hint that AEW would match the deal. We’ll have to see what happens next.

Currently, Mysterio is preparing for an Eye For An Eye match for The Horror Show at Extreme Rules. WWE will use CGI technology during the eye extraction scene. It might also provide WWE an opportunity to write Rey Mysterio off television.