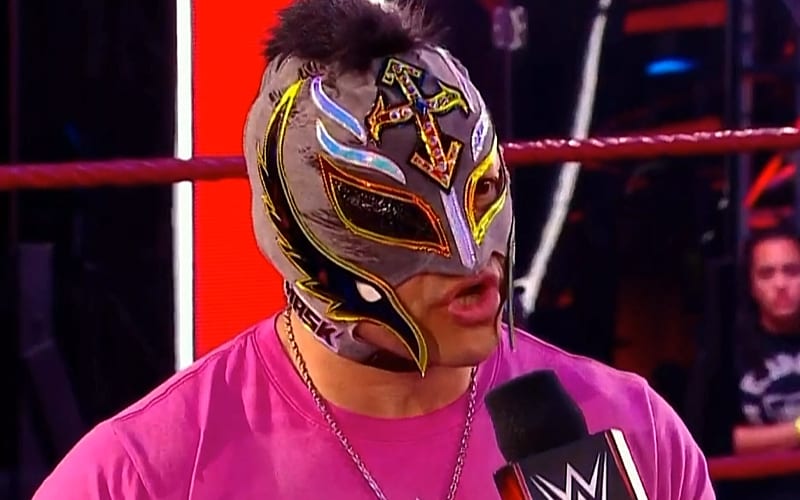 Fans were pretty shocked to discover Rey Mysterio was working for WWE without a contract. It expired, and McMahon didn’t want to give Mysterio more money.

This contract situation came during a time when WWE was finally giving Mysterio a storyline with his son Dominik.

During Wrestling Observer Radio (transcription by Ringside News), Dave Meltzer explained that Mysterio asked for a raise, but Vince McMahon stated that they don’t have the money to do that right now. A new contract has not been signed between the two sides, but WWE wants to book An Eye For An Eye match at The Horror Show at Extreme Rules.

He had asked for a raise, Vince said ‘look at the situation we’re in we just go rid of a bunch of people.’ Anyway, he not signed and they’re trying to book a match for Extreme Rules as a Rey vs Rollins singles match where the stipulation is the only way to win the match is to take out the other person’a eye — blind them for life — that is how you win the match.

We’ll have to wait and see if Rey Mysterio can settle his contract situation with WWE. He might be sitting on the sidelines with an “eye injury” for a while after Extreme Rules.

This is an interesting situation because Vince McMahon claimed that he doesn’t have the money. McMahon’s net worth has risen by nearly 10% since the pandemic started.