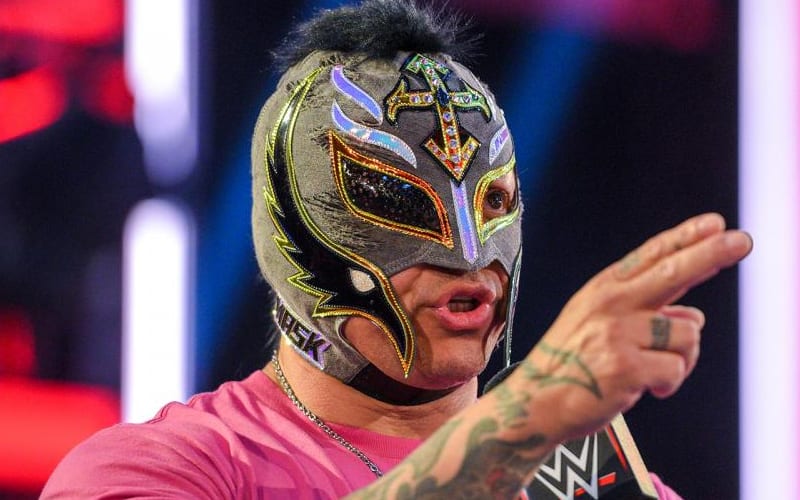 Vince McMahon trusts people, sometimes to a fault. This is the situation that saw Rick Rude show up on RAW and Nitro in the same week decades ago. Could the same thing happen with Rey Mysterio?

Mr. 6-1-9 is working without a WWE contract. It actually expired a month ago, but he’s still on WWE television.

The Wrestling Observer Newsletter noted something rather telling about how much Vince McMahon trusts Rey Mysterio not to screw him over. He could technically show up on Dynamite, or at Impact Wrestling’s Slammiversary event and there would be no legal recourse.

It’s notable because in this type of an environment, with competition, from a legal standpoint, Mysterio could show up on the 7/15 Dynamite show or 7/18 Impact PPV show and not on this show. Now, that isn’t going to happen and it shows the trust Vince McMahon has in Mysterio to book a guy in a key PPV angle who could legally walk out in mid-angle or no-show the PPV card.

Mysterio wants to help his son, and WWE is likely the best option to see Dominik’s success in pro wrestling. There is also a possibility that AEW is willing to match Mysterio’s offer when Vince McMahon declined his request for a raise.

This is an interesting situation, but we will know a lot more about what is going to happen when the Eye For An Eye match goes down on July 19th.