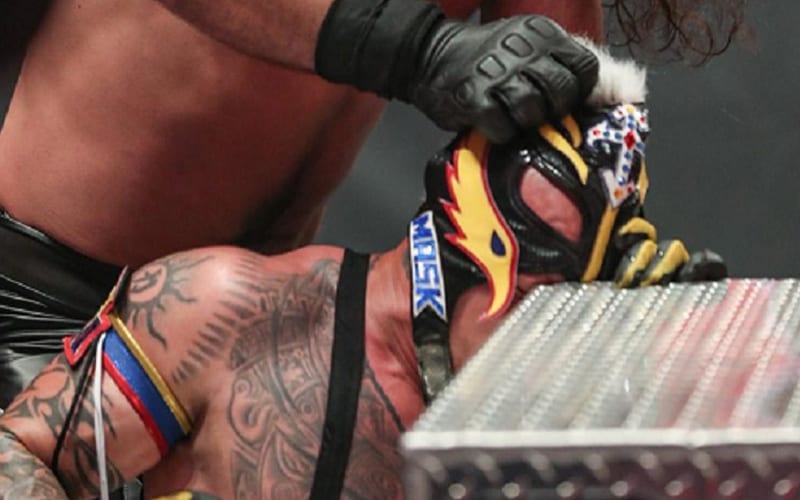 Rey Mysterio and Seth Rollins are going to wrestle during The Horror Show at Extreme Rules. They have a very special match stipulation that could get very graphic. WWE has the means so neither competitor will really lose an eye.

The company made it clear that the winner of the Eye For An Eye match will be the one who takes their opponent’s eye out. They are not actually going to mutilate a Superstar on the show.

The Wrestling Observer Newsletter reports that the Rollins vs Mysterio match will be pre-taped. That marks two matches for the pay-per-view that will be taped including the Swamp Fight match. WWE is also using special effects to pull the gruesome finish.

The match has gotten a lot of attention in recent days, largely because the stipulation is stupid. They are billing the match as one that can only end when one person pulls the others’ eye out.

This entire match stipulation is made even more interesting by Rey Mysterio’s current WWE contract status. Mysterio has no current contract. It could be a way to write him off television, possibly for good. If they can figure out a deal with Mysterio then that might write Seth Rollins off Raw instead as he heals from a kayfabe eye injury.

Rollins is currently expecting his first child with Becky Lynch. A break for the Monday Might Messiah might be welcomed for him, but WWE would undoubtedly miss his star power.