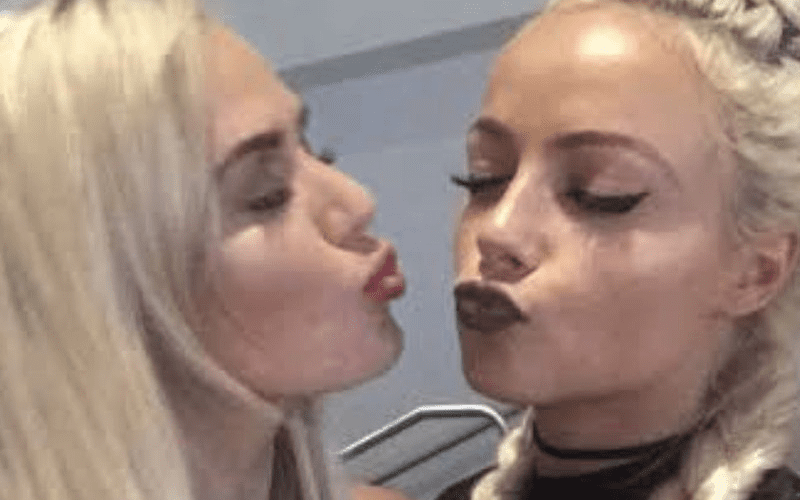 Liv Morgan showed up on Raw to interrupt Lana and Bobby Lashley’s ceremony. She proclaimed her love for the Ravishing Russian and the entire ceremony erupted into chaos.

Morgan and Lana seem to be carrying on with a lesbian angle. Some people are not 100% thrilled by WWE’s tactic of using homosexuality for shock value. Mandy Rose and Sonya Deville also aren’t exactly happy WWE used an angle like the one they pitched months ago.

Liv Morgan dropped plenty of hints about her new character during that long hiatus. Now she is dropping even more clues about her past with Lana.

The former Riott Squad member recently uploaded a photo showing her and Lana about to kiss. They could be posing for social media, but in the context of this angle things appear different.

She also released a video showing how much fun they used to have on long car rides. They’re not new videos, but when released in this context it will only add to this angle. You can check those out below.

Let’s see what’s next for Lana and Liv Morgan. It seems like there is some real history that WWE can alter to fit their storyline which is an added bonus in this situation.