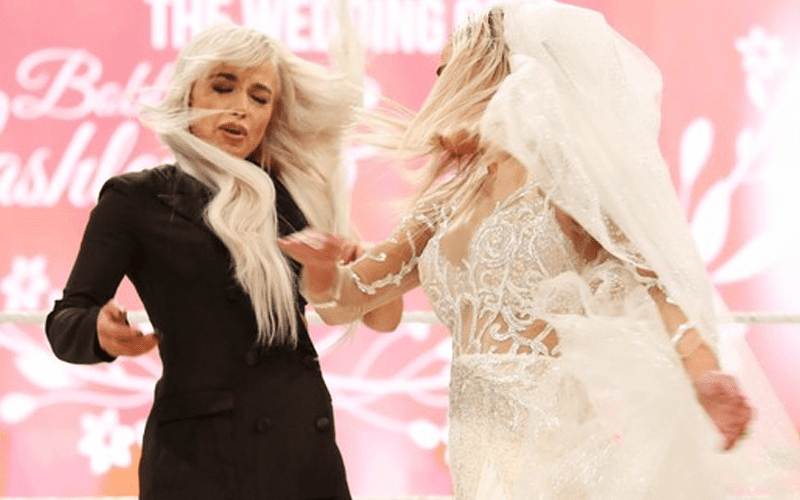 Lana and Bobby Lashley were set to be married on the final RAW of 2019. That didn’t happen after several objections were made. The one most people are talking about the next day involves Liv Morgan’s love for Lana.

Joey Ryan did not appreciate this angle at all. He chastised WWE for using homosexuality for shock value. The King Of Sleaze said it further drives home a narrative that there is something different about homosexuality. Then he made a comment about WWE struggling to find a millennial audience.

This is so bad. And the talent isn’t at fault, it falls on the writers. Using gay for shock value perpetrates the idea that it is unusual or odd which keeps stereotypes alive. No wonder WWE struggles to find a millennial audience.

I think this falls in the same category as intergender wrestling as entertainment. It’s wrestling. Besides homosexuality is normal. We should include it more in wrestling storylines as not all love story is heterosexual.

This storyline is just starting. Liv Morgan and Lana could have a lot of backstory to tell and we really don’t know where it is heading. Morgan’s proclamation of love certainly seemed to put an abrupt stop to the nuptials on RAW. Let’s see if WWE can craft the rest of this angle to address some of the initial concerns.