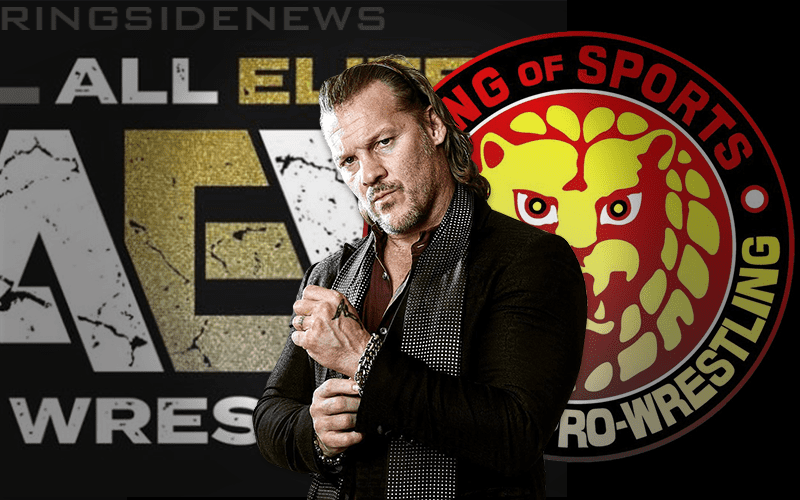 Chris Jericho is a heavy-hitter and a Super Bowl worthy talent. When he signed with All Elite Wrestling it created a huge stir in the professional wrestling world. A lot of things could change after Y2J’s AEW announcement, but Jericho will be in a great position for the entire time.

As part of Jericho’s three-year deal with he is also allowed to pursue other interests. He obviously isn’t quitting Fozzy after their breakout Judas record. He is also permitted to work for NJPW which is something other AEW talents aren’t allowed to do. In fact, New Japan could be flat-out irritated at All Elite Wrestling because of a recent talent signing that they view as poaching.

Dave Meltzer explained Jericho’s AEW contract during Wrestling Observer Radio and it is quite simple. Y2J is allowed to work for both AEW and NJPW because it is in his deal that he is allowed to do so. Only time will tell if Kenny Omega might be afforded the same contract clause.

“Chris Jericho signed a contract that allows him to work New Japan any time he wants free of AEW and other guys’ contracts don’t allow that.”

Y2J knows how to cut a deal. He signed a big contract with All Elite Wrestling that is said to be the biggest money he’s made in his entire career. When the specifics of Jericho’s contract got out to the WWE main roster it caused quite a stir for a reason.

AEW won’t be Jericho’s only source of revenue either. He is still allowed to promote his Rock n Wrestling Rager At Sea cruise and he is also allowed to cut his own deal with NJPW.

Once that deal is done fans can probably expect to see more of Jericho in 2019 than they did last year. Because Chris Jericho is likely going to be working three big programs for New Japan Pro Wrestling as well as appearing on All Elite Wrestling’s upcoming television show that is said to be the biggest non-WWE television contract since WCW.