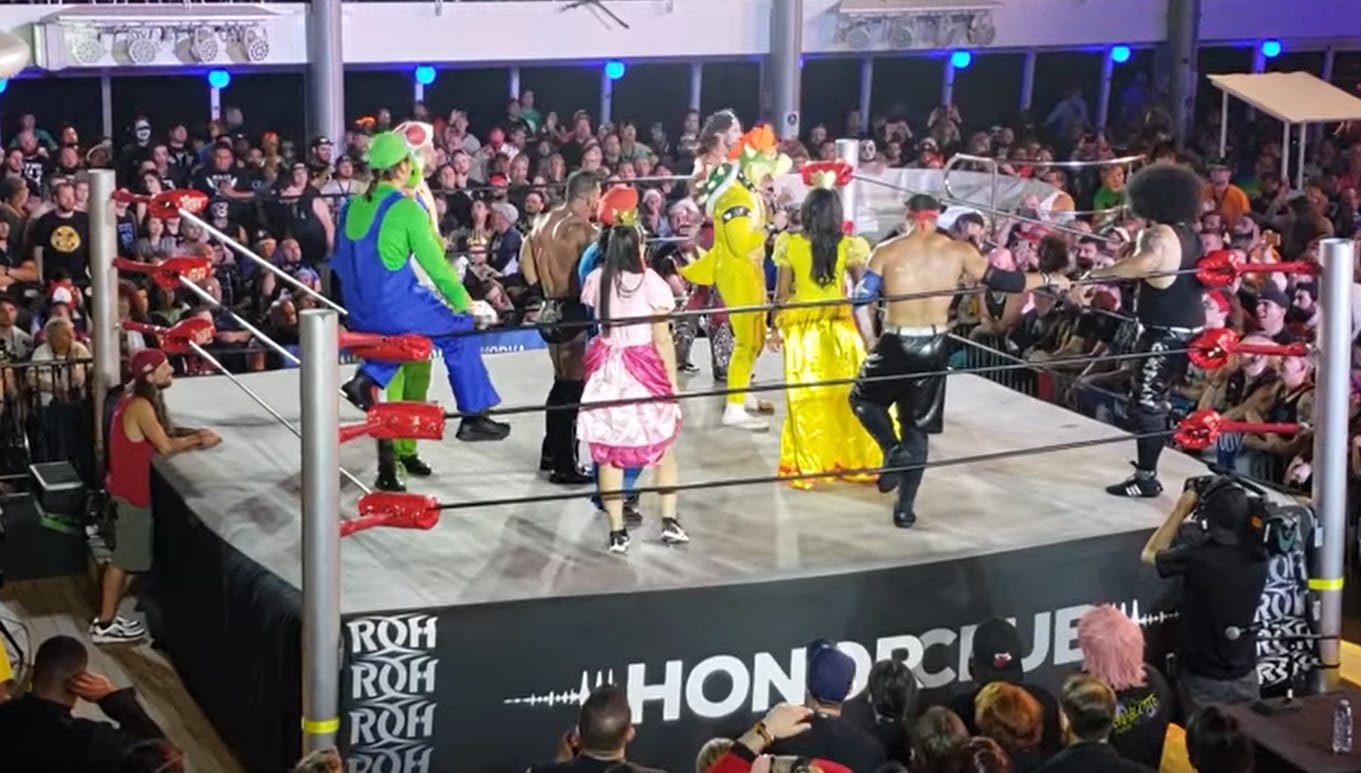 Chris Jericho threw his big Rock n Rager Cruise recently and it was a huge success by all accounts — especially from fans. It takes a lot to get people to shell out the kind of money for a trip like the Chris Jericho cruise at around $2,000 to $8,000 a cabin, but it was well worth it.

The Wrestling Observer Newsletter noted that 1,013 cabins were sold for the cruise and the attendance was at 2,270 people. This price included all the food you could eat although alcohol was separate (and the mixed drinks had amazing names). However, drink prices weren’t absurd because fans could buy passes for around $71 a day for unlimited booze.

We exclusively provided exclusive footage of one of the highlight matches on the cruise being the Bullet Club vs Alpha Club and as you can see from that video, the crowd was on fire.

But the cruise wasn’t just for pro wrestling fans. There were shows set up all over the ship ranging from music to comedy as well. Of course, most of the people who would go on the Chris Jericho cruise were wrestling fans. This was especially apparently considering how many tickets they sold after the Sea Of Honor tournament was announced. But this could be just the beginning of Chris Jericho’s time promoting cruises, especially with this kind of initial turnout.