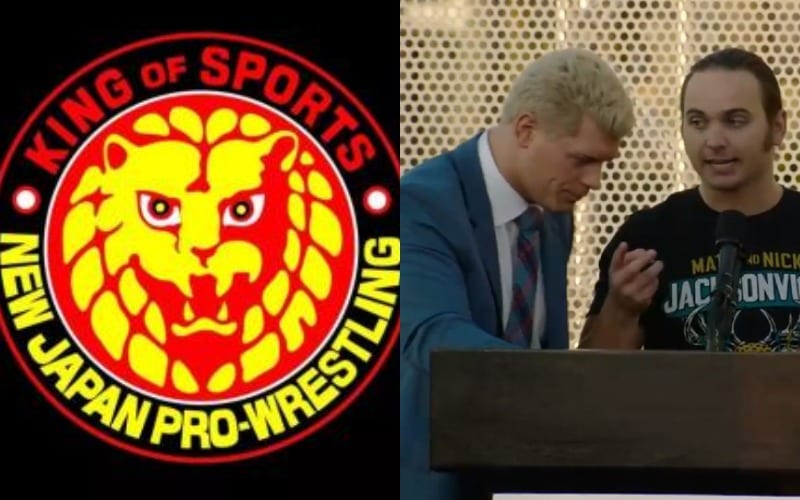 The pro wrestling business is a business first and foremost. This apparently got in the way of AEW and NJPW getting along. Because AEW is signing Trent Baretta, a guy who New Japan put a lot of stock in.

Dave Meltzer certainly seemed to allude to the fact during Wrestling Observer Radio that NJPW isn’t too happy with All Elite Wrestling right now.

“We talked about how negative New Japan is on the Baretta thing. It was breaking in the middle of our show. Yeah, it is a significant part of this AEW/New Japan getting together. From the New Japan stand out they took a — it was one thing you know… You gotta look at it from two sides on this thing.”

“From the New Japan standpoint, it’s like, ‘Okay they took Kenny Omega and he’s a big, big star.’ It’s not official, it isn’t signed, but how many hours do we got left?”

“He’s got 24 hours to whatever that’s a formality. Then Baretta who you know NJPW had made plans for all year.”

It seems like AEW signing the Best Friends from NJPW might have rubbed New Japan the wrong way. We will have to wait and see if this sours a possible partnership between the two companies, but if Kenny Omega is with AEW and can work for NJPW then that might be enough to encourage NJPW to let the whole Barette situation slide.