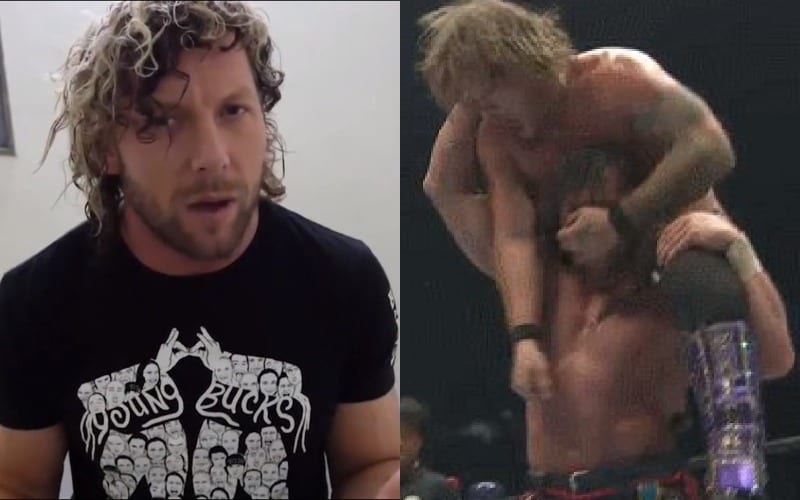 WWE is a sports entertainment company and they have their own way of doing things in the ring. This is why seasoned veterans still need to go to the WWE Performance Center and sometimes perform in NXT for a while so they can learn how to wrestle like a WWE Superstar.

The rumors of Kenny Omega possibly coming to WWE have sprung up yet again. The same thing happened last year and the year before that, but he remained in New Japan Pro Wrestling.

It seems that Omega’s Wrestle Kingdom 13 loss might have been a telling sign of his departure. Ringside News has also been told he’s on his way to WWE.

Bryan Alvarez commented on Wrestling Observer Live that although it might be exciting to imagine Omega hitting a One-Winged Angel in a WWE ring, there’s no guarantee that even if he does sign with Vince McMahon’s company he will be permitted to use the move at all.

“Chris Jericho did an interview and he said there’s one move he’d never take again and that’s the One-Winged Angel because he says it ‘Hurts way more than a wrestling move should hurt.'”

“I just want to throw in that I can’t guarantee this would happen because I know that what’s his face in SAnitY is actually using the One-Winged Angel, but there’s no guarantee if Kenny comes to WWE that they’ll let him keep that move. Just throwing that out there.”

Seth Rollins is using Omega’s V-Trigger knee strike already, but The Cleaner might need to figure out another finisher if WWE deems the One-Winged Angel too hard to take on a regular basis. After all, if he’s working a program with someone they’re likely going to take that move a few times a week.

WWE likes to take care of their Superstars because they are such a huge investment. They also care about them as people and realize that necks can only take so much damage. The One-Winged Angel isn’t nice to necks and WWE could always send Kenny Omega back to the drawing board for another finishing move if he does decide to make the jump to WWE.

However, working for All Elite Wrestling and still being permitted to participate in New Japan Pro Wrestling dates could always be too attractive of an offer to pass up. AEW is said to be offering money comparable to WWE and a meeting between AEW, ROH, and NJPW brass today could make that a reality.

Only time will tell what Kenny Omega does at this juncture. Hopefully, he’ll make a decision that is right for him. Because no matter where he’s going  The Cleaner will bring a lot of fans with him.