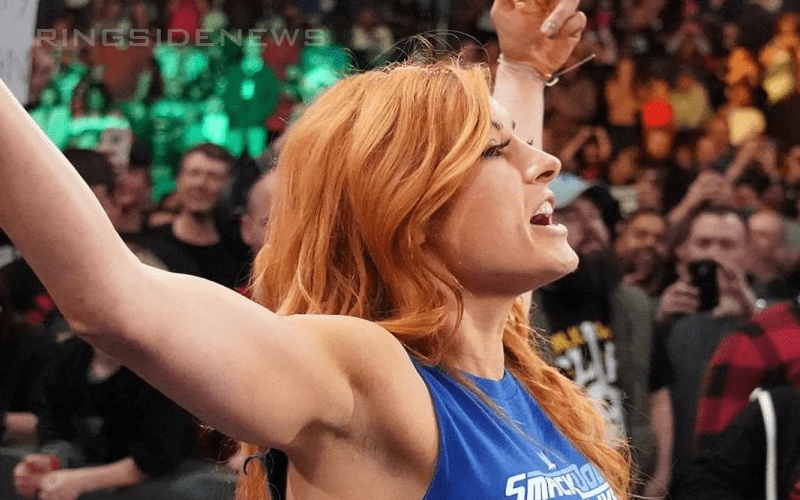 Becky Lynch is The Man and WWE fans aren’t the only ones who noticed. Lynch has been making a lot of media rounds since she really broke out as a huge star in WWE and she recently paid Rob Dyrdek a visit for a little Ridiculousness.

The Man actually recorded a couple episodes of the popular MTV show and they are both set to debut tonight.

In case you’re unaware, Ridiculousness is a clip-show where Rob shows viral videos to his celebrity guests and everyone has a great time. It’s usually a pretty fun show and adding Becky Lynch to the mix sounds like a great idea.

Both brand new episodes will air at 8:00 pm tonight on MTV. As with any MTV show they are likely to air reruns of those shows forever as episodes with other WWE Superstars are still in rotation.