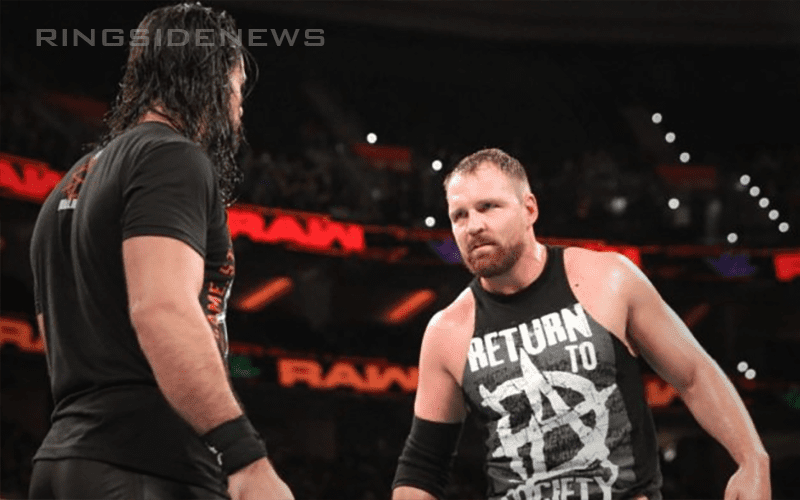 Roman Reigns’ announcement that his leukemia is back after it remained in remission for 11 years was a bombshell, and WWE immediately started piggybacking on it to draw as much heat as possible. Dean Ambrose turned on Seth Rollins to conclude that very broadcast while Michael Cole screamed into the headset about Ambrose picking that specific night to turn on his brother.

Dean Ambrose threw a major shot at Roman Reigns a couple of weeks ago where he said Roman Reigns will have to answer to his maker for the sins he committed as part of the Hounds Of Justice. This apparent reference to death in Reigns’ situation brought fans to rage on WWE.

“There was such an online outrage that they changed the direction of Dean’s character and now it sucks, it’s terrible now,” Brad Shepard noted on Oh, You Didn’t Know.

Since then, WWE fans might have been turned off to the company entirely. At this rate, WWE might reach a new record low on a weekly basis.

Dean Ambrose’s creative direction for his character was switched up and the next week is he was getting immunizations to prepare himself for the disgusting city of Houston instead as he started drawing even cheaper heat. Let’s just hope WWE will be able to figure out something soon because Ambrose’s character might still need some more work because dressing up as Bane from The Dark Knight Rises did him no apparent favors.