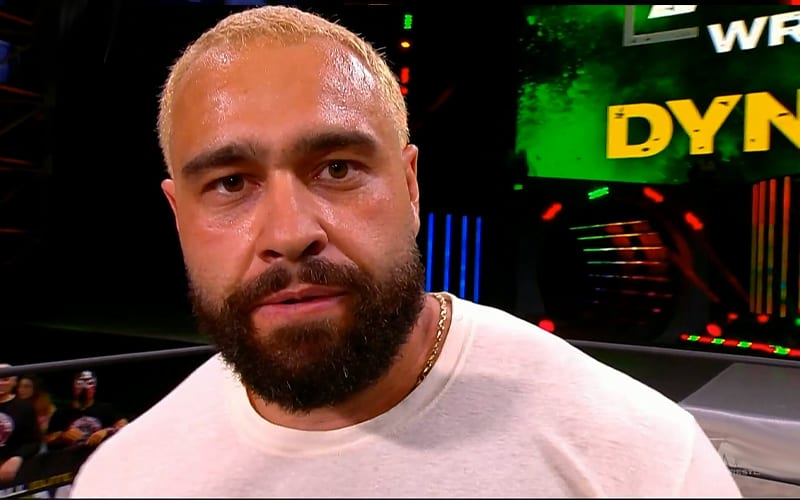 Miro showed up on AEW Dynamite and he cut a promo directed at his former pro wrestling home. He mentioned a “brass ring,” which was made famous in WWE because of a line Vince McMahon dropped during a Steve Austin podcast. Then Miro said you can take that brass ring and shove it up your ass. That line came from Chris Jericho.

During his Saturday Night Special, Jericho revealed that the “brass ring” line came from him. He said that Miro also couldn’t believe that he was allowed to say it.

Chris Jericho also revealed that AEW wanted to bring Miro in months ago when he was first released. He’s been a free agent since mid-July, but they waited until the perfect moment in September to bring in the former Bulgarian Brute.

“I think it’s great to have him. We had discussed having Miro come in a few months earlier when he was released. The only thing all of us were thinking was, ‘we just have to think of a spot for him.’ We need to find a place where you’re not just going to bring him in and have him hanging around. I think it’s perfect, “The Best Man” thing, it’s not just a one-shot deal. It’s a gimmick. He’s “The Best Man.” He’s the best man at everything it’ll almost be like a Mr. Perfect thing.”

There was also a time during Miro’s 90-day non-compete clause period when he suffered from COVID-19. He spoke about that openly, and he was thankfully able to make a full recovery.

Miro is now All Elite. That was a wonderful thing for his fans to see this week. Now they will likely see Miro on a weekly basis. The jury is still out on whether Miro will be able to top the outfit he wore during that AEW debut.

Click here to read the crazy story about how Miro’s $2,350 Gucci outfit came together.