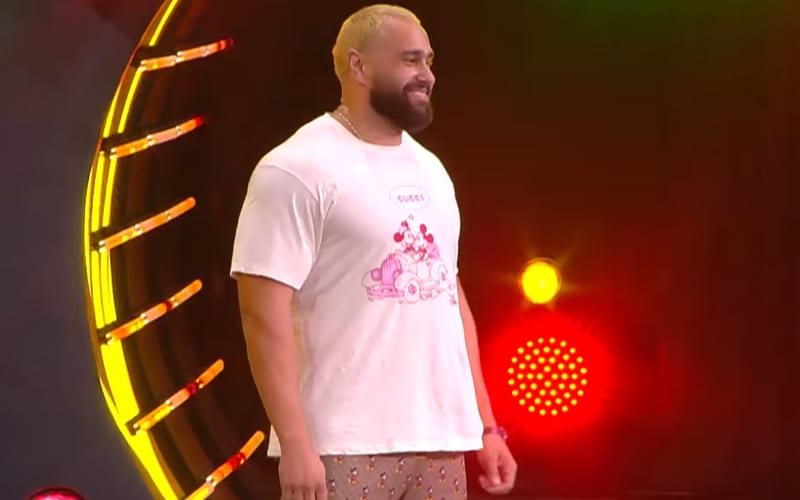 Miro showed up on AEW Dynamite and he had a much different look. Not only is he a blonde now, but he was also wearing Mickey Mouse Gucci clothes. That outfit was ridiculously expensive, but Miro deserves it because he is The Best Man.

That look for Miro that was priced at around $2,350 has been quite a subject of conversation since his debut. His outfit cost around $2,300 more than the outfit Colt Cabana wore that same week on AEW Dynamite.

During a recent Q&A on Miro TV, the former Bulgarian Brute opened up about that outfit. It actually took quite a lot of effort to attain because nobody had his size.

“The outfit was a trip because I was in LA. In LA I have no super nice clothes. It is what it is, but I wanted to get new clothes. So, I went to one of those designer stores because I wanted to spoil myself. I wanted to congratulate myself for the debut, and I wanted to look good on camera.”

“I look through all the designer stores, but I guess they don’t carry any sizes above shmedium because I guess bigger, jacker, taller people do not wear designer clothes I guess, in their minds. So, there’s nothing I can do.”

“So, what I do, I find two my size, one pants, one shirt, but they’re all in Miami Florida and I’m in Los Angeles. Again, it’s two days until the debut and I’ve put everything off. Maybe that’s the wrong thing to do.”

Miro said he didn’t think about his gear, clothes, or anything else until the time “was right” because he didn’t want to put extra stress on himself. He said “I don’t want to get in my head.”

He didn’t have any clothes to wear with two days left until his debut. Then he called Lana’s stylist. Lana’s stylist couldn’t find a single 2XL shirt and pants in the entire city of LA in any designer shop.

Miro’s friend Diego works as a sports announcer and lives about twenty minutes from the store in Miami that had the only Mickey Mouse Gucci clothes that would fit. He offered to drive and get the clothes for Miro. Then he shipped them off.

It took a lot of work to pull off that now-famous Gucci Mickey Mouse look for Miro. If you’re wondering what kind of t-shirt costs $650, now you know.