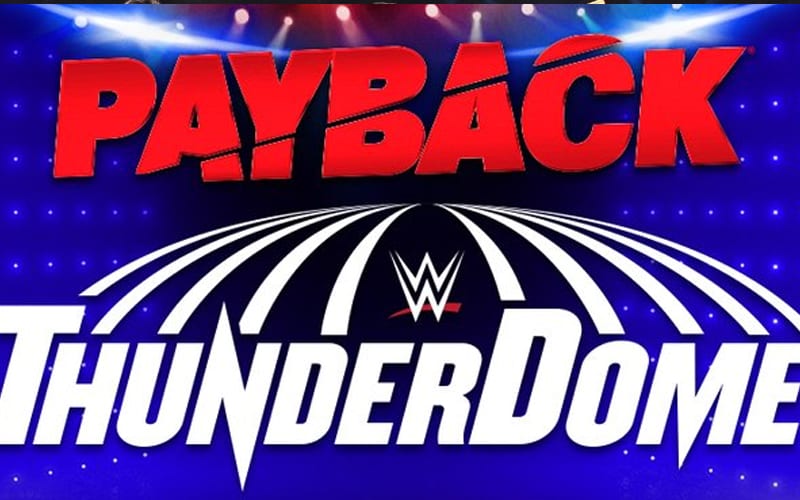 SummerSlam was just last Sunday, and they’re already running Payback. Now they can book another pay-per-view with the ThunderDome audience for the world to see.

The company has experienced a couple of issues with fans abusing their seats in the ThunderDome. “Fire Velveteen Dream” was displayed during SummerSlam. Chris Benoit’s image was shown during RAW as well as someone wearing a KKK outfit.

They have a method to remedy that issue. The company plans to place fans they trust in the lower bowl and keep people they don’t know out of view.

WWE is likely going to change the way they go about placing fans in the ThunderDome, but it will take some time to accumulate a group of fans that they trust enough to keep in the camera’s shot.

WWE has now officially opened up registration for Payback. We’ll have to see if everyone behaves, but that is WWE’s intention. They will ban fans who try shenanigans in the ThunderDome and any fines will be on the fans to pay.

For more information you can check out the ThunderDome’s official website.