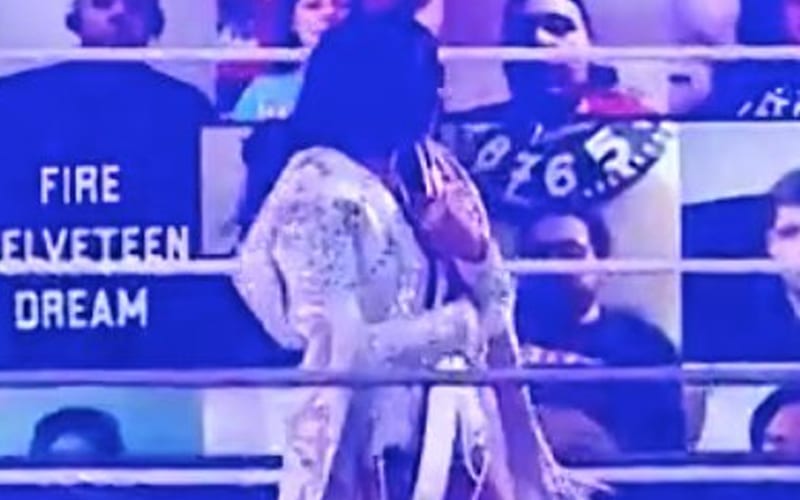 Some WWE fans aren’t very happy that Velveteen Dream is still on television. Accusations came out about him and the company claims that they found nothing while conducting an investigation. The WWE Universe has very inventive ways of making their opinion known.

During Sasha Banks’ SummerSlam entrance, one fan named Reming Steele decided to use his seat in the ThunderDome to advocate for Velveteen Dream’s firing. #FireVelveteenDream broke out like wildfire on Twitter recently.

He held up a sign that said “Fire Velveteen Dream.” Of course, he was promptly removed from the feed.

Triple H no-sold #FireVelveteenDream. He said the company has moved on. Velveteen Dream might be okay when it comes to his employment status. That won’t stop fans from making sure WWE knows what they think.