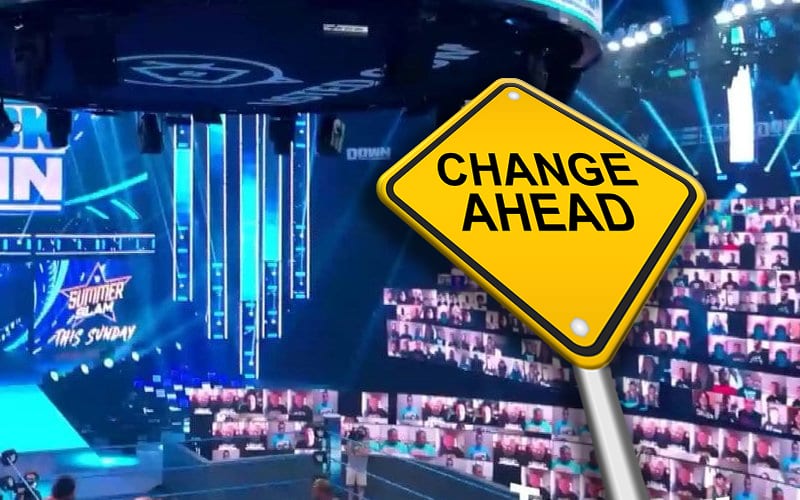 WWE started the ThunderDome and there were already some issues. A fan using his ThunderDome seat to display “Fire Velveteen Dream” during SummerSlam was followed by a fan displaying Chris Benoit’s image on RAW. Then another fan showed up in a KKK outfit. There were other disturbing images as well, and WWE is tired of it already, and understandably so.

Bryan Alvarez noted on Wrestling Observer Live that he was told WWE is going to change things in regards to how they display fans in the ThunderDome. They are going to put fans they trust in better seats.

“Yes, we are having a problem with things on the screens which by the way I’ve been told that they are going to be making some changes. I don’t know this for sure, but the impression I get is that when they’ve been doing this for a while they’ll find some fans who will obey the rules no matter what.”

It was stated that WWE will find fans who will follow the company line. Those who they trust will be in the lower bowl of fans. People who they don’t really know will be higher up and out of the closer shots of the ring.

This new strategy from WWE might help them get through the remaining broadcasts without any issues. You can never completely rule out someone taking advantage of the situation and displaying a heinous image on screen, but WWE is doing the best they can to make sure it doesn’t happen again.