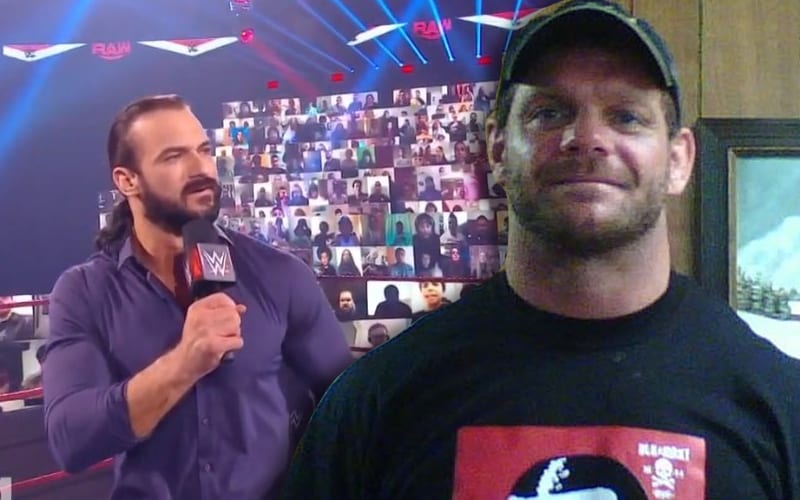 Chris Benoit is not allowed on WWE television. He was blackballed and erased from history following the tragic events surrounding his death. This seemed like a perfect opportunity for one fan who got a ThunderDome seat during Raw.

Drew McIntyre opened up Raw this week. He cut a promo on Randy Orton, but he didn’t look at the crowd. If he would have then he might have seen a familar face that he didn’t expect to see on Raw.

One fan inserted an image of Chris Benoit over his WWE ThunderDome seat. This image made it on Raw as you can see below.

The image was quickly pulled, but it did make the broadcast. During SummerSlam, one fan used his seat to say that WWE should “Fire Velveteen Dream.” He was promptly banned from the ThunderDome. We’re guessing this Benoit fan received the same treatment.