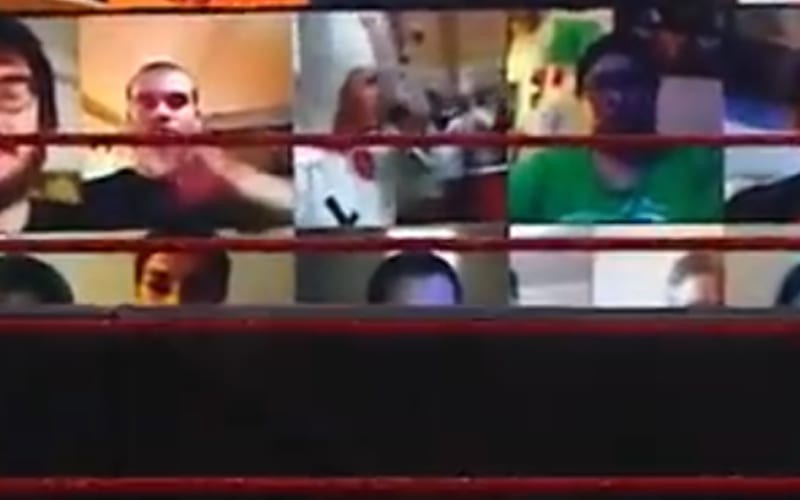 WWE debuted the ThunderDome last week and fans have already taken opportunities to abuse the fact that their webcam is displayed all over the world. We saw Chris Benoit pop up in the ThunderDome this week, but that wasn’t the only inappropriate thing that was shown during the show.

During the main event of RAW this week one fan displayed an image from a KKK rally on one of the screens in the ThunderDome. This was noticed by a ton of fans and it went viral. It was also taken off the ThunderDome, but not before it made it to air.

One fan used his ThunderDome screen during SummerSlam to say that WWE should fire Velveteen Dream. Hopefully, WWE won’t have many more of these issues, but it is always a risk they run when opening up their show to the public like this.