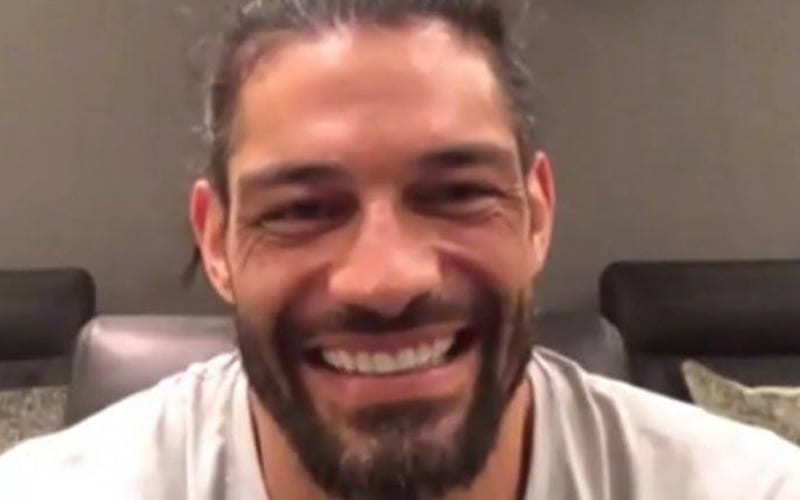 Roman Reigns is not appearing for WWE right now, but he’s still busy. The Big Dog is staying in shape and even adding to his muscle mass. Some fans have also started calling Reigns out for some other work he might have had done over the break.

Reigns’ smile has seemed much brighter in recent weeks. Fans spotted this and it became a popular topic of conversation. It was also quite evident during his recent appearance on R-Truth’s Game Show.

Some fans like Roman Reigns’ wider smile, but others took the chance to give him a hard time. He’s at home and in quarantine mode, but he was apparently visited a dentist.

WWE needs Roman Reigns to return, but it hasn’t happened yet. The last we heard the Big Dog wasn’t even a part of WWE’s creative conversation.

You can never count out a big surprise from Vince McMahon, but it seems like he’s going to remain at home until something changes with the current coronavirus pandemic.

When The Big Dog does return to his yard he could very well have a different smile. You can check out some reactions below.