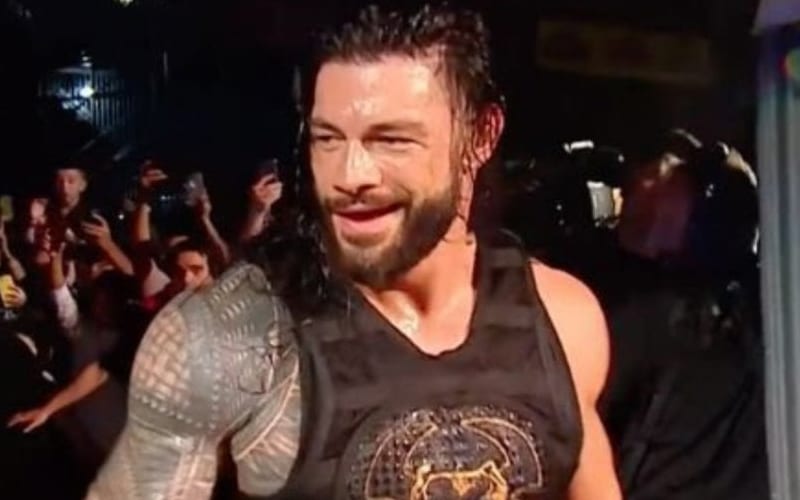 Roman Reigns is at home in full quarantine, but The Big Dog will be back on WWE television this week. He won’t be in the ring, but he will be working hard to rack up some points on R-Truth’s Game Show.

You can check out the debut episode of R-Truth’s Game Show here.

It was revealed that Roman Reigns and Drake Maverick will square off in R-Truth’s Game Show this week. The episode will debut on the WWE Network this Tuesday.

R-Truth’s Game Show was in development for years. They finally made it a reality, and it works during a pandemic via webcams. This is an appearance that Roman Reigns can pull off and not leave the safety of his home.