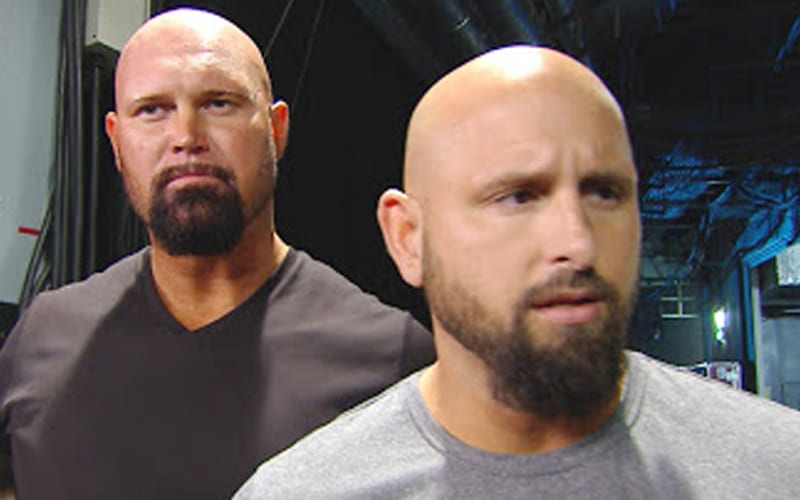 The Good Brothers were released from WWE on April 15th. They were surprised by their releases at the time considering their involvement with AJ Styles.

The Phenomenal One couldn’t protect them from a release which he reportedly beat himself up over. Their release also caused Styles to request a SmackDown move because he didn’t want to see Paul Heyman who allegedly suggested that they be released.

There was apparently heat on Paul Heyman from Karl Anderson and Luke Gallows which continues to this day. They threw barbs at both Triple H and Paul Heyman on Being The Elite for being two Pauls who would never lie to them.

During their interview with Chris Van Vliet, Karl Anderson mentioned Ed Koskey who was a WWE head writer at the time of this story. Anderson didn’t want to bury him, but Big LG had no problem following that up with a Koskey story.

“I remember Ed Kosky was head writer at the time and I don’t wanna bury him, but what the f*ck does he know anyway?”

Gallows told a brief story where they walked up to Ed Koskey and asked for a moment of his time. His answer was simply: “No.”

“Remember the time we were in catering and we went ‘hey Ed, do you have a minute?’ He goes, ‘no, not really.’ Really?”

Odds are Ed Koskey not having time to talk to them was an indication of how Anderson and Gallows were viewed by the company.

Ed Koskey is now WWE Vice President of Creative which Ringside News exclusively reported along with other moves in that area. A lot has changed since The Good Brothers’ departure because Paul Heyman isn’t around anymore. Odds are Ed Koskey still wouldn’t have much time for them, especially after this interview.