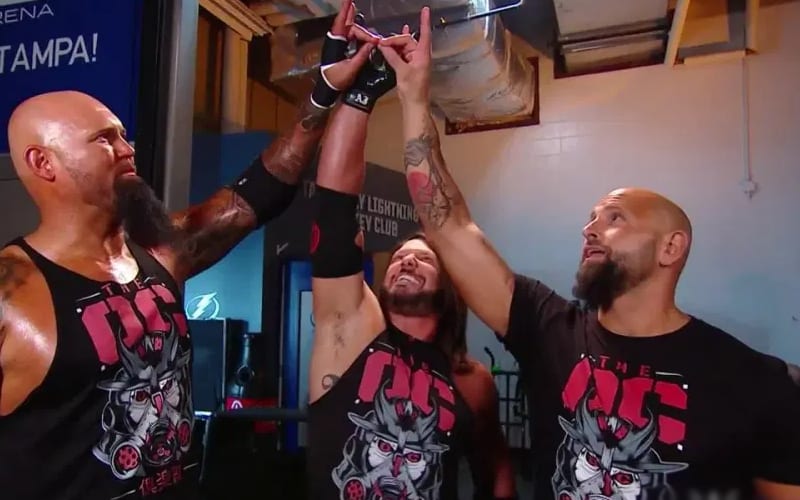 AJ Styles was moved over to SmackDown, but that’s fine with him. Being on RAW reminded him too much of the Good Brothers who are no longer around.

While speaking to After The Bell, AJ Styles opened up about Anderson and Gallows’ WWE releases. He revealed that their exits really hurt him. He’ll get over it, but the change in atmosphere to the blue brand will certainly help things.

“I mean it’s different for me. This is moving to FOX. I think they’re doing a really good job. So I’m excited about that, to be working with those guys, and it’s just doing something different man. It’s good for me. I needed a change, and I don’t mean to harp on this, but losing Gallows and Anderson really hurt me.”

AJ Styles brought Karl Anderson and Luke Gallows into WWE. The company looked as though they were starting to push The Good Brothers on several occasions, but nothing came from those brief periods of momentum.

When they were released, AJ Styles says that he immediately felt responsible.

“Looking back, I was the one that kind of brought their names to come to WWE and everything. So when they got released, I immediately feel responsible for them because I helped them get here, and I wanted them to stay. I feel like if I had encouraged them to stay, maybe they would be fine right now. So a lot of that fell on me, and it and it destroyed me.”

“I feel like I let them down, and I talked to them about this. I talked about it on the Mixer channel on the day after it was done. I was just crushed. I’m the oldest in this group, and they’re my little brothers. I didn’t take care of them, and that really bothered me. It really really bothers me. It still does.”

We’ll have to see where Luke Gallows and Karl Anderson end up next. They registered trademarks for their Southpaw Regional Wrestling characters Sex Ferguson and Chad 2 Badd. They will likely have a lot of fun playing those characters until their 90-day non-compete clauses are up in mid-July.