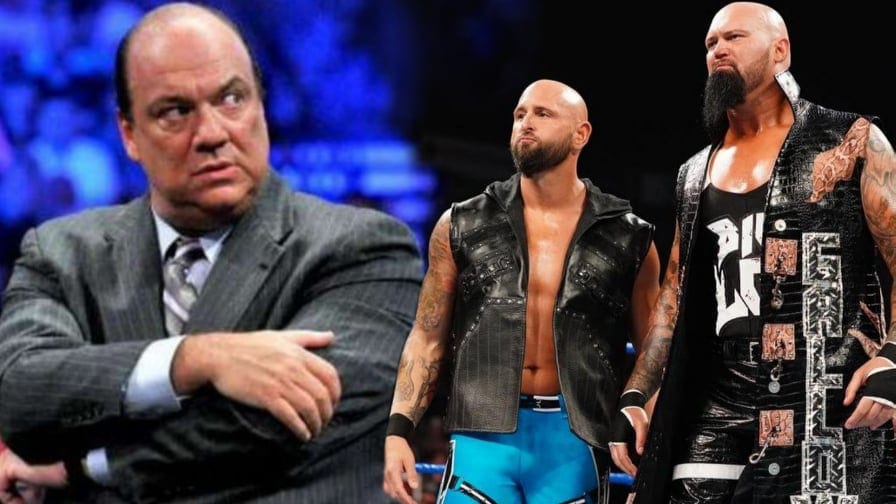 Luke Gallows and Karl Anderson have officially signed with Impact Wrestling and they are all set to debut for the promotion at Slammiversary. The two men came very close to signing with AEW as well but Impact gave offered them more money and so they signed with them. They also upset Chris Jericho by not signing with AEW.

On their Talk N’ Shop: Countdown To F#ckTown podcast, Luke Gallows, and Karl Anderson revealed major details about their WWE release. The two men were released from the company alongside multiple other Superstars on April 15th despite having signed a long-term contract with the company.

Gallows revealed that the person responsible for their WWE release was none other than Paul Heyman. Upon being released, the two men talked to their sources in WWE for the reason why they were let go from the company.

This source, a person working behind-the-scenes in WWE, told Gallows & Anderson that their releases were “inspired” by Paul Heyman. The Good Brothers passed on this information to their friend AJ Styles who in-turn got a confimation about this from another person backstage.

Styles confronted Paul Heyman about it and Heyman assured him that he had nothing to do with Anderson & Gallows’s releases.

The Good Brothers once again approached their source who reassured them that it was indeed Heyman who got them fired. An upset Styles directly approached Vince McMahon about this and shockingly enough, McMahon revealed that the two men were never on his list and that it was a “Heyman thing”.

According to the two men, Heyman believed that they were making too much money for the amount of work they were doing. Although both men admitted that it was McMahon who made the final call, they continued to bury Paul Heyman on the podcast.

They recalled the time they turned down their friends in AEW to stay in WWE after AJ Styles convinced them about it. They said that this is the reason why AJ Styles felt very guilty about their WWE release.

I think [AJ] felt a little guilty. I think Allen felt like it all fell on his shoulders and that’s why he publicly spoke about Paul a couple of times, and all that. Because, in his mind, he’s like ‘F*ck, I told these guys to stay and go against, not just our friends, but his other friends too. Not go against them. But, like, ‘Hey, stay here with me. There’s gonna be a lot of money on the table. Things are going to be great for us.’ Then the bottom falls out for us and he’s like, ‘that couldn’t have went worse.

The former Raw Tag Team Champions confirmed that this incident led to AJ Styles moving to SmackDown. They also had AJ’s permission to speak about this freely and bury Heyman, which they did by calling him a “f*cking liar”.

I have permission to speak freely on this and he said f*cking bury Paul and tell the truth about it. That’s why he said he couldn’t work with him and that he had to be moved, because Paul’s a f*cking liar. It doesn’t matter that he lied to us. For his friends, yes … but, probably career-wise, he can’t trust the guy either if you’re AJ still in that spot and you don’t want to work with a guy that you know is a f*cking liar.

Paul Heyman no longer oversees Monday Night RAW as he was fired from his position last month. However, he will still continue to make appearances alongside Brock Lesnar but that won’t be happening anytime soon either.

You can watch the full podcast episode here:

Thank you to Pro-Wrestling Sheet for the quotes.