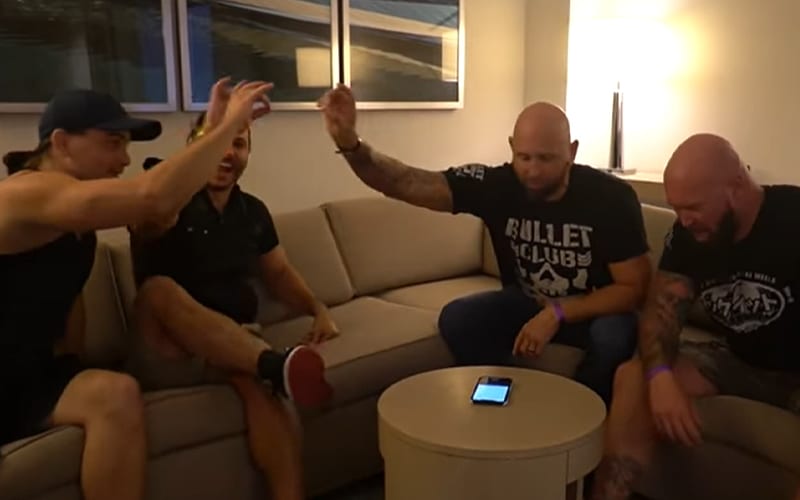 Luke Gallows and Karl Anderson decided to sign with Impact Wrestling, but that didn’t stop them from appearing on Being The Elite. This was quite a surprise and also shows that there’s likely not many hard feelings between the two sides.

The sketch is typical of Being The Elite as it poked fun at current events. This satirical segment was pretty funny as it brought up an old conversation that the Young Bucks apparently had with The Good Brothers in a Tokyo Dome Hotel in 2016.

They showed a flashback to The Young Bucks telling Anderson and Gallows that they are starting a new wrestling company. Prior to that they were all Bullet Club members and even gave Fegal Devitt (Finn Balor) a hard time for going to “New York.” They said, “f*ck em!” Then The Young Bucks told the former OC members that they wanted them to be a part of AEW.

It seemed like the Good Brothers were all about it. Then The Young Bucks left which allowed Gallows and Anderson to talk some trash. They said TNT will have wrestling back on their channel “after what happened last time.” Gallows said he wants to tag with Triple H as well.

This was a pretty funny segment which you can check out in the episode below. A picture of the two tag teams was posted recently. It appears this is what they were up to.