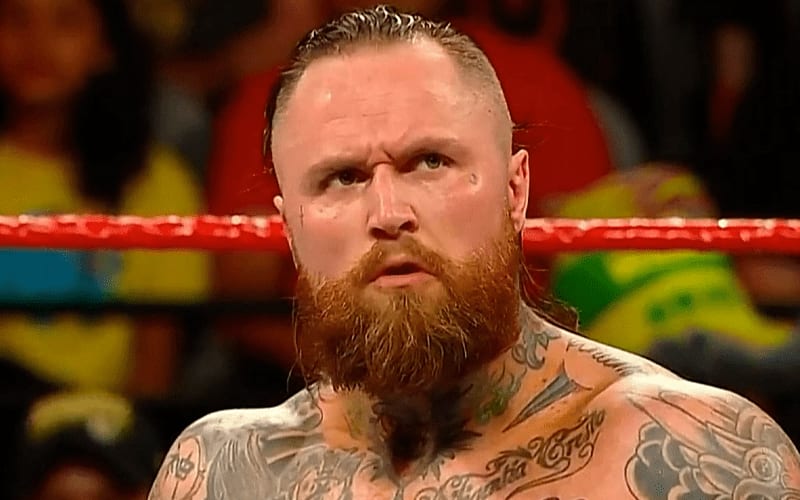 Aleister Black was taken off television this week as Seth Rollins drilled his head into the padded pavement. Now we’ll have to see how long that kayfabe injury lasts.

The former NXT Champion ran in for a save as Rollins and Murphy were poised to do unspeakable damage to Rey Mysterio’s son. This cost Black in a segment that created a reason to write him off television.

Alex McCarthy of TalkSport explained that Vince McMahon is a fan of Black as a performer, but he is afraid that the former Tommy End’s gimmick will limit him in WWE as a whole.

“Vince is a huge fan of the performer – and of Tommy. Size. Agility. Skill. But he is worried the character is a gimmick and will limit him.”

If Vince McMahon is concerned about how Aleister Black’s gimmick might limit him, then that could call for a change of character. WWE has pulled wrestlers from television for months in order to revamp their presentation.

This does seem like a strange decision to make when they are in such need of talent. We’ll have to see what Mr. McMahon decides to do.

Black is very popular and a lot of fans were upset to see him treated in such a way on RAW this week. We can only imagine the response when they discover that Vince McMahon doesn’t think Black’s gimmick will hold up when it comes to wider appeal.