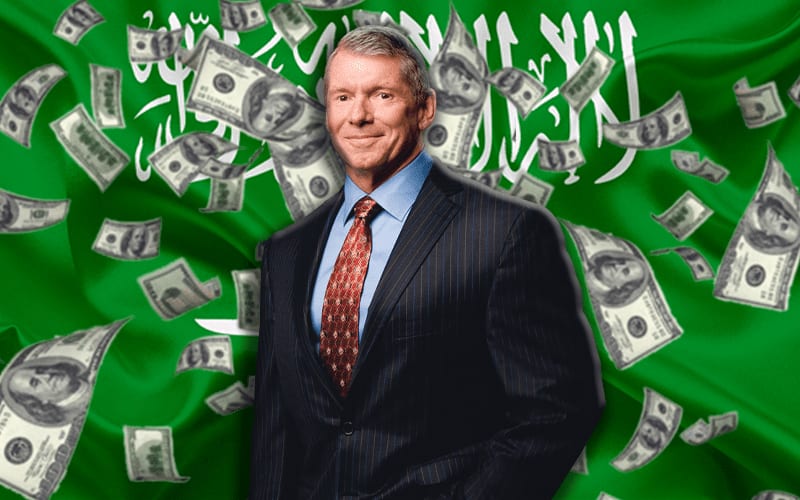 WWE visits the Kingdom of Saudi Arabia twice a year as part of their long-term deal. The company holds WrestleMania-tier mega events in the country and will continue to do so in the future.

However, the company’s deal with KSA has received a lot of criticism from fans and people in the media. The company’s decision to hold the Crown Jewel event right after the murder of journalist Jamal Khashoggi in 2018 became a hot-topic within the United States for quite some time.

Last year, after the Crown Jewel event, many WWE Superstars were unable to leave the country due to what was initially being reported as “mechanical failures” in the charter plane. However, as the story developed in the next few months, reports of a financial dispute between the two parties emerged.

This incident also led to a number of shareholders filing a class-action lawsuit against the company regarding their dealings with the Kingdom of Saudi Arabia. An unnamed witness went on to claim that the country was holding WWE Superstars “hostage”.

However, WWE’s attorney rejected these claims made in the lawsuit and called the accusers victims of “bad journalism”.

During the company’s Annual Shareholder’s Meeting Conference Call, Vince McMahon was asked if the company plans to do another event in Saudi Arabia in 2020.

McMahon said that this could be a possibility as Saudi Arabia is doing better than the United States as far as COVID-19 is concerned. He said that there’s possibility that the company will do an event in KSA before the end of 2020 as previously scheduled.

Oh, that’s a possibility. Obviously, Saudi has been going through what we in America have been going through. As far as COVID’S concerned. Right now, I think they’re doing a little bit better than we are [in the U.S.], considerably better. So there’s a possibility that we’ll will still get a show in before the end of the year, as was scheduled. But we’re not certain because, you know, who can be certain about what COVID-19 is going to do.

It looks like even a global pandemic cannot stop Vince McMahon and WWE from doing events in the Kingdom of Saudi Arabia. The WWE Superstars might not be too thrilled about this but the company has allegedly been successful in solving that problem in the past.