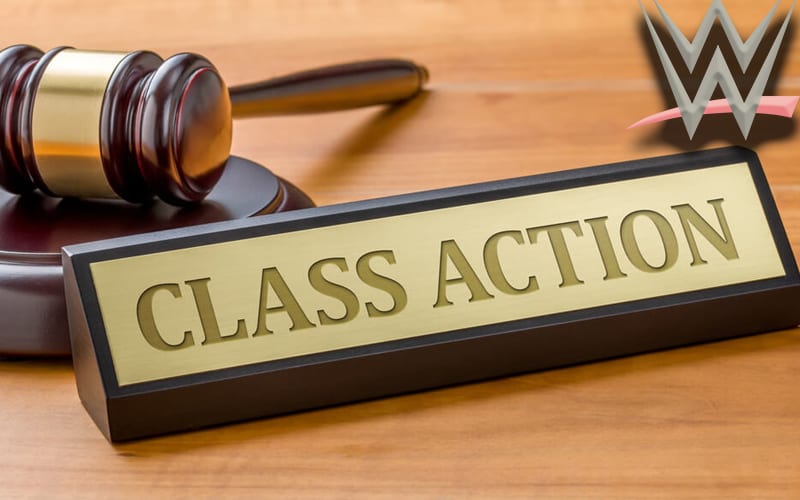 WWE’s dealings with Saudi Arabia resulted in a class action lawsuit against the company. Stockholders want to know what happened and why they weren’t 100% in the know about issues pertaining to WWE’s relationship with Saudi Arabia.

WWE Superstars were kept in Saudi Arabia for an additional 24 hours after Crown Jewel. There were issues with money and stories of armed guards being present to make sure that the Superstars didn’t leave. All of those reports were denied under the excuse that they were stuck due to mechanical issues.

During Wrestling Observer Radio, Dave Meltzer discussed two witnesses that are now a part of the lawsuit. One is an unnamed WWE Superstar and the other works for the Saudi Arabian television company.

It was said that both witnesses are secret and one is a WWE Superstar. This Superstar confirmed “basically everything that was reported that all these other people reported didn’t happen.” That testimony includes observing armed military looking individuals outside the plane before WWE Superstars were supposed to take off. They were in all black, staring at the Superstars, and blocking all exits.

This Superstar testified in the lawsuit that he was told by a stewardess in Saudi Arabia that “it seems like someone doesn’t want us to leave this country.” Also, the pilot seemed “very distressed” when he told Superstars that they couldn’t leave.

It was also alleged that Mark Carrano said that the Saudi Prince and Vince McMahon “had gotten into an argument in conjunction with the June 7th Super ShowDown event.” Carrano allegedly said that Vince McMahon “cut the live feed and this made the Crowned Prince very mad.”

It was also said that some employees were saying it was a “hostage situation.” The witness said that he and about 12 other people got on a private chartered flight to Buffalo to make it back for SmackDown.

While he was on his way back, he received texts from wrestlers saying that the Prince was “holding them” because Vince McMahon cut off their television feed.

It was also claimed that WWE denied the story when they got back. Wrestlers were also allegedly afraid to speak out against the company for fear that they would lose their jobs.

The second witness might be more important as that testimony sheds light on WWE’s hardships with Saudi Arabia’s television network.

An employee of the Middle East Broadcasting Network confirmed that WWE could not agree on “basic assumptions of a proposed deal.” It is said that WWE wanted a $80,000,000 licensing fee and a projection of $100,000,000 over the top subscribers which was based on the number of OSN subscribers who watched WWE.

Vince McMahon’s company reduced their asking price to $50,000,000, but the television company felt they couldn’t go higher than $15,500,000. At this point, they walked away. WWE told investors during an earnings call that they were very close to securing a deal, but in fact, they were nowhere close to that deal.

The definition of a “smoking gun” is: “a piece of incontrovertible incriminating evidence.” Unless WWE can figure out a way to disrupt these testimonies it seems like they have a lot of explaining to do.