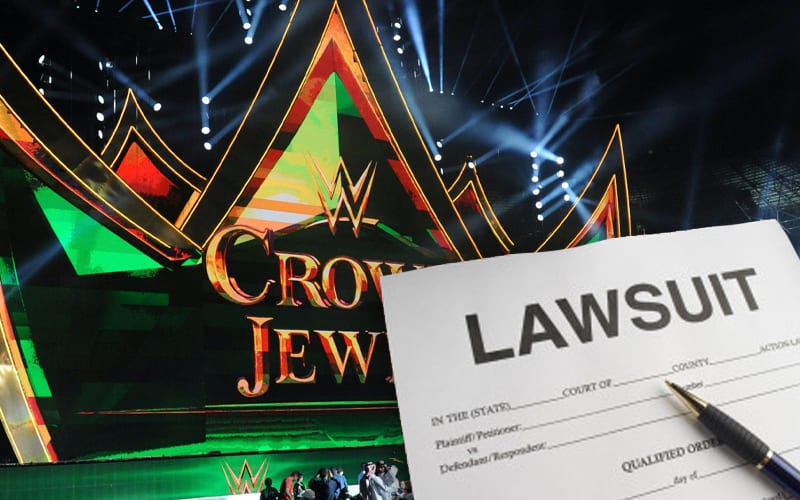 WWE saw a class action lawsuit filed against them by their own investors. There are claims that WWE hid information pertaining to their relationship with Saudi Arabia. The information that the company is accused of withholding could have greatly changed how investors saw the company.

The lawsuit centers around the controversy dealing with the 2019 Crown Jewel event. Superstars were made to stay in the country for an additional 24 hours. This was described as a “hostage” situation, but WWE is flatly denying those allegations.

WWE lawyer Jerry McDevitt filed a motion to dismiss the case on June 26 in the US District Court Southern District Of New York. WWE denied the allegations and they also took a shot at the source of those reports.

“The only sources cited in the CAC are two confidential witnesses (neither of whom interacted with the Individual Defendants, participated in negotiations over the MENA rights deal, or worked at WWE’s corporate offices), declarations provided by Defendants prior to filing the CAC, and a series of ‘news reports’ that consist almost exclusively of unsupported content cherry-picked from wrestling websites founded on multiple layers of hearsay and unverified statements from Twitter. The allegations are all based on ‘speculation’ from ‘news reports,’ such as ‘a wrestling-focused website’ that itself is based on statements by a ‘WWE Spanish commentator’ (who is not employed by WWE and who based his own story on another unnamed party)”

Hugo Savinovich was the first to break the news regarding problems with WWE and the Crown Prince of Saudi Arabia. The statement continued to take more shots at “wrestling-focused websites” who cited Savinovich.

“The so-called ‘media reports’ also include other unidentified ‘wrestling-focused websites’ that cite to ‘an individual’ who was supposedly ‘in contact with sources in the WWE’ that stated ‘the [Saudis] come up short’ by a couple million dollars every show (i.e., the three done so far)quotes in the CAC are from the Twitter page of a self-proclaimed wrestling journalist.

The motion to dismiss also claims false information was spread saying approximately $2.4 million was not been paid to WWE.

“As to CW-2, most of the allegations he raises are innocuous or completely irrelevant to issues of falsity or scienter, such as CW-2’s observation that persons boarding an airplane ‘appear[ed] to be ‘in a hurry,’ a flight attendant made a colloquial statement about not taking off, CW-2’s opinion that the pilot’s voice sounded “distressed,” and CW-2’s observation regarding the presence of armed security at an airport.”

The most specific item CW-2 provides—the hearsay that a WWE Senior Director of Talent Relations informed him that Defendant McMahon cut the live feed and got into an argument with the Crown Prince as to late payments—is directly contradicted by Plaintiff’s own allegations and items Plaintiff relied upon. KSA made the $60 million payment before the Crown Jewel event began, as was publicly disclosed earlier that day on the earnings call. It thus does not make sense, logically, that this payment (even accepting the conclusory allegation that it was ‘late’) would have prompted Defendant McMahon to temporarily ‘cut’ and then shortly thereafter resume a live broadcast feed.”

This is an interesting situation and WWE certainly picked a unique way to state their argument. They are coming at the websites who were reporting things that the company didn’t want out there. It should be known that WWE Superstars and staffers were in contact with members of the pro wrestling journalism community the entire time they were in Saudi Arabia.

We will have more information about this ongoing story as it is made available right here at Ringside News.

Thanks to Wrestlenomics Radio for the quote