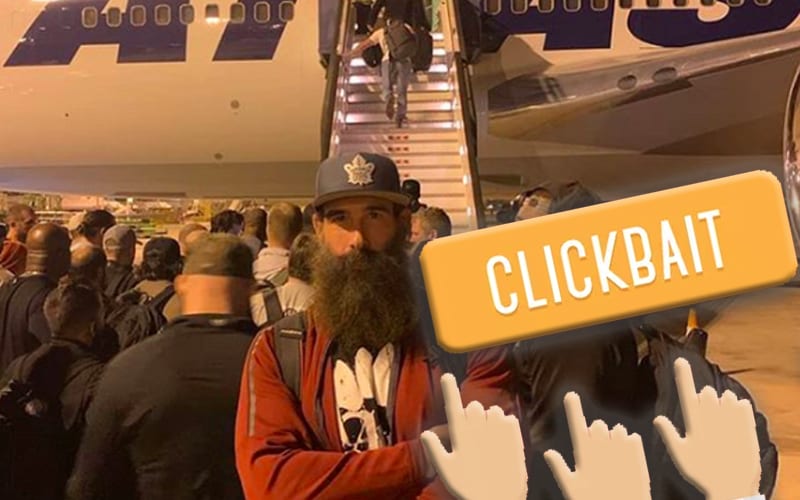 Hugo Savinovich defended himself against WWE’s attorney Jerry McDevitt. Now McDevitt is going right back on the offensive against the allegations pertaining to WWE’s 2019 Crown Jewel event.

Savinovich was the first to break the news that WWE Superstars were stuck in Saudi Arabia. His story included Mark Carrano telling a Superstar that the Crown Prince owed Vince McMahon money so Vince cut off the live feed for Saudi Arabian fans. In turn, the Prince was keeping McMahon’s Superstars in the country.

McDevitt issued a statement to Super Luchas where he picked Hugo Savinovich’s response apart to the best of his ability. McDevitt claims that WWE has sworn affidavits from people who were “actually responsible” for the charter flight where they explain that there was a fuel pump issue.

“The only thing interesting about this rant is his statement that somebody offered him money to tell this tale  We have sworn affidavits from the people who were actually there and responsible for the charter flight who have explained that the problem was a fuel pump in one of the wings and that a replacement part had to be secured from another city which took a good bit of time to locate and have flown in. It’s really that simple.”

The statement went on to say that the Kingdom Of Saudi Arabia had nothing to do with the flight delay. He then went on to say “it is a shame that this guy’s unsourced fables have detracted from the real significance of that event.” The first females wrestled in Saudi Arabia which McDevitt mentioned out of nowhere.

WWE’s long-time attorney went on to call the whole story “absurd” and it all comes down to “some guy with no personal knowledge” of what happened.

“KSA had nothing to do with the delay, and it is a shame that this guys unsourced fables have detracted from the real significance of that event, which was the first time female performers put on a historic match.

“His whole story is absurd to anybody who really thought about it, including the 200-500 million part. He is just trying to get clickbait. He does not want to go to court because he would have to reveal his supposed sources, if they really even exist, which I doubt. So in essence the story comes down to some guy with no personal knowledge of anything who does not want to be cross examined on his fable vs the sworn testimony of the people who were there and in charge of the charter.

“The problem being a fuel pump in one of the wings. But it is important to note that is not just me saying that- the sworn affidavit of the director of the commercial charter plane, who was on the ground in Saudi Arabia when this all happened, establishes that KSA had nothing to do with the plane issues; that the closest available replacement fuel pump they could locate was in Jeddah; and that part had to be secured and shipped to Riyadh on a commercial flight which arrived approximately 18 hrs later”.

WWE is trying to get a class-action lawsuit thrown out. Some investors are claiming that WWE hid information which could have changed the stock value where it pertains to their relationship with Saudi Arabia.

It is also alleged that WWE was nowhere near a television contract in the Middle East when they gave off an entirely different impression. Ringside News will continue to monitor this ongoing story.