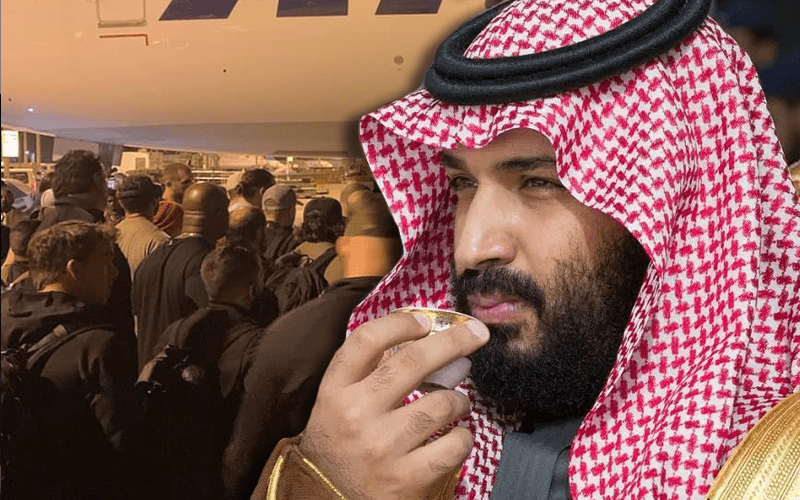 Hugo Savinovich spoke out about WWE’s issues in Saudi Arabia and everyone took notice. There was some fire to the smoke, but it was actually first reported by Brad Shepard that the Saudis still owed WWE a lot of money.

The money was paid to WWE by the Saudis and then Vince McMahon turned the country’s feed of Crown Jewel back on. It has been previously reported that this was a “dick waving contest” and WWE Superstars were caught in the middle of it.

Savinovich spoke to Hannibal TV in English where he said that he was told by a WWE executive and a friend he’s had in Saudi Arabia for at least 30 years that something was going on. This something had to do with money and Saudi Arabia not giving it to WWE as promised. The Saudi Arabian Prince was “upset” so he “ordered a kidnapping” on the WWE Superstars.

“And that has the Prince upset, and it stopped them from leaving the country and got them off the plane. So basically what they’re doing is they’re originally trying to make it look like it was just a mechanical situation, but an executive from the company – well, my wife had died, so they were just calling to comfort me. At the same time, I was told not to mention any names but they were concerned, they were very concerned.”

“A friend of mine that is from Saudi Arabia, that I’ve known for years and years since the era of VHS tapes that I used to do from Puerto Rico, he also gave me the scoop about what happened at the airport. So a lot of people will be talking more about it. The boys are very upset, so I don’t know what the deal is.”

“Of course, we always know that money talks. And if Vince gets the millions of dollars, and maybe the Middle East – that big TV contract, because it didn’t happen and in one day he lost over 200 million dollars (in stock value). So, it’s a very complicated situation but the talent was, you know, I don’t want to use the word kidnapped but he ordered a kidnapping and the guys were stopped from leaving the country.”

Hugo Savinovich didn’t want to use the word “kidnapping,” but he couldn’t think of a better word to describe what happened when knowing everything that took place.

We’ll have to see if WWE’s relationship with Saudi Arabia will continue, but there are certainly a number of top Superstars who are never going back.