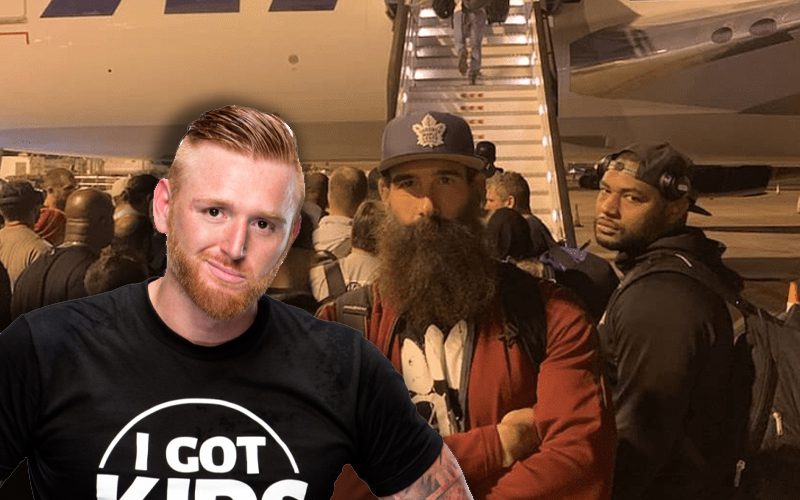 WWE Superstars were forced to stay in Saudi Arabia for an additional 24 hours following Crown Jewel. The official reason given was mechanical issues, but there could be way more to the story.

There was reportedly a disagreement with Vince McMahon and the Saudi Sports Authority over money. This reportedly caused Vince McMahon to cut the lived feed of Crown Jewel for Saudi Arabia. When the event was over, McMahon and his personal crew left as soon as possible. Brock Lesnar and other high profile names left on a private jet as well. WWE Superstars were shocked to discover that they weren’t leaving.

While speaking to Wrestling Inc, Heath Slater stated that he still doesn’t know what really happened in Saudi Arabia. There are a few stories going around, but the important part is that everyone made it back safely.

“It’s one of those things where you are there and you know something’s up but you don’t know what’s up,” admitted Slater. “But we all got out okay. I still don’t know the truth. I heard there were mechanical reasons and it was this and it was that. When I was on the plane, I fell asleep for five hours and when I woke up, I looked over at Hawkins. I’m like, ‘Where are we at’ and he says we haven’t even left yet.

WWE might not be able to go back to Saudi Arabia for a while. The COVID-19 pandemic created a huge issue for international travel.

Vince McMahon stated in WWE’s investors’ call that if they must miss any dates due to the novel coronavirus then they will tack them onto the end of their 10-year deal.