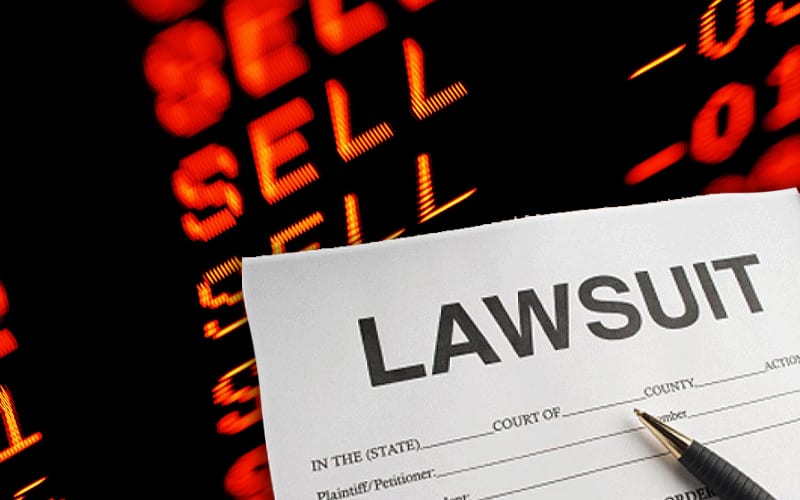 WWE is getting sued again. This time their own shareholders are taking them to court, but it isn’t the first time.

A lawsuit was filed on April 24th by WWE shareholders Ryan Merholz and Melvyn Klein. The lawsuit concerns WWE’s dealings in Saudi Arabia among other things. WWE, Vince McMahon, Stephanie McMahon, Triple H, Frank Riddick III, and George Barrios are all named in the suit.

The lawsuit claims that WWE’s business with Saudi Arabia led to a downtrend in financial outcome. The lawsuit alleges that “the Company’s most senior executives and directors took advantage of WWE’s inflated stock price to sell millions of dollars’ worth of their own WWE shares during this time period.” This sale took place days before the company’s 2019 first quarter report was set to drop and company insiders knew about the problems with Saudi Arabia.

This lawsuit also calls out the issue where WWE Superstars were held in Saudi Arabia for an additional 24 hours. Technical difficulties were blamed for this event, but the lawsuit uses the word “hostage.”

“WWE held the Crown Jewel live event in Riyadh, Saudi Arabia. After the event ended, shocking news reports surfaced claiming that the Saudi government was effectively holding a number of WWE wrestlers “hostage” in retaliation for McMahon’s decision to delay a live broadcast of Crown Jewel until the Saudis made tens of millions of dollars in past due payments. Estimates for the amount outstanding ranged from $60 million to as much as $500 million. Several wrestlers detailed their experience during the ordeal on social media platforms”

It is also claimed that WWE faced “blowback” due to the Saudi Arabian shows. They knew this would cause damage, but the company carried on with their plans regardless of outcome.

The Company and its management faced blowback from fans and the media for their willingness to work with the Saudis, given the human rights abuses, denial of equal rights to women and minorities, and autocratic policies imposed during the reign of King Salman bin Abdulaziz Al Saud and his son, Crown Prince Mohammad bin Salman bin Abdulaziz Al Saud (“MBS”). These critical voices reached a crescendo following the October 2, 2018 murder of journalist Jamal Khashoggi, widely believed to have been commissioned by the Saudi government.

Additionally, the 44-page lawsuit claims that WWE did not disclose to their investors about “simmering tensions” between WWE and Saudi Arabia.

It was stated in the lawsuit that following the firings of George Barrios and Michelle Wilson “the price of WWE stock dropped from a high of more than $100 per share to as low as $40.24 per share on February 6, 2020, representing a 60% share price decline.”

The fact that WWE executives sold more than $282 million worth of company stock while the price was inflated also showed up in the lawsuit. The company’s stock price took quite a tumble soon afterward.

Vince McMahon is also being sued by Oliver Luck for wrongful termination after his job at the XFL was ended prematurely.

This is a very interesting turn of events. We’ll have to see how WWE handles this one.