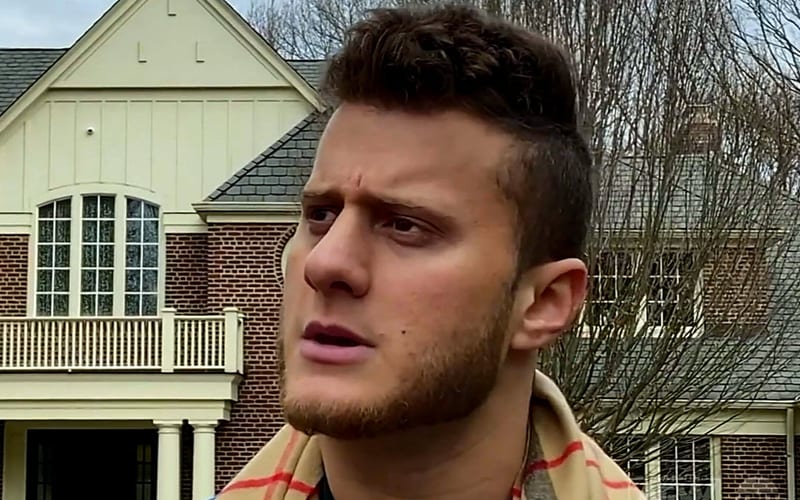 MJF hasn’t wrestled on AEW Dynamite for a while. He made it to their closed-set tapings at Daily’s Place where he gambled at ringside, but he didn’t get physical. This week on AEW Dynamite, the Salt Of The Earth was in a sling. He stated that he was injured to cap off the rumors he started when tweeting out the he needs surgery.

During Wrestling Observer Radio, Dave Meltzer confirmed that MJF will be back for the company’s next set of television tapings. In fact, he could already be in quarantine preparing for that return.

MJF will be back on AEW Dynamite as soon as he can. The legitimacy of his injury was not mentioned, but he will be making his way back to Dynamite’s next set of television tapings. MJF does have a history of elbow issues.

If Maxwell Jacob Friedman is already doing a two-week quarantine that could point toward AEW Dynamite’s next set of tapings happening soon than later. The company recorded loads of content to take care of their television until mid-May.

How would you book MJF’s return? Have you seen the Cameo videos he’s doing for $500?! Sound off in the comments below!