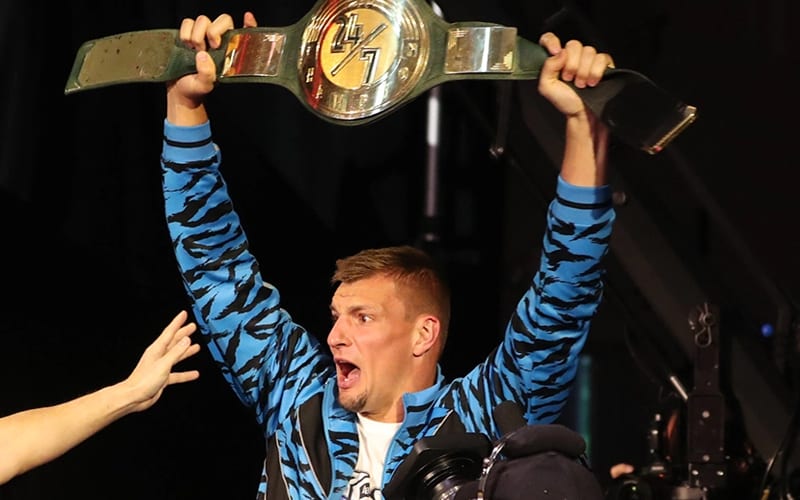 Rob Gronkowski won the WWE 24/7 Title at WrestleMania 36 after he performed a dive off the overlook in the WWE Performance Center. He hasn’t been on WWE television since. The next we heard from Gronk, he was traded to the Tampa Bay Buccaneers from the New England Patriots.

While speaking on live stream with his new team, Gronk stated that they’re going to need extra security. He’s the “24/7 Title belt champion of the world.” That places a big target on his back and he doesn’t want to drop that belt.

“Yes, we need A lot of security. We need security everywhere. Every entrance, every tunnel, everywhere in the stadium, because I’m the 24/7 Title belt champion of the world and everyone’s coming for me.”

Rob Gronkowski came out of retirement from professional football. There is a clause stating that NFL players are not allowed to participate in risky behavior while under contract. Since pro wrestling has the capability of bringing about unexpected injuries it’s unlikely that Gronk will be wrestling for WWE.

In the meantime, Gronk is tightening security to make sure that he doesn’t lose his WWE 24/7 Title. WWE made up merchandise for Gronk with that title as well.

Will the fans ever see the WWE 24/7 Title again? Sound off in the comments below!