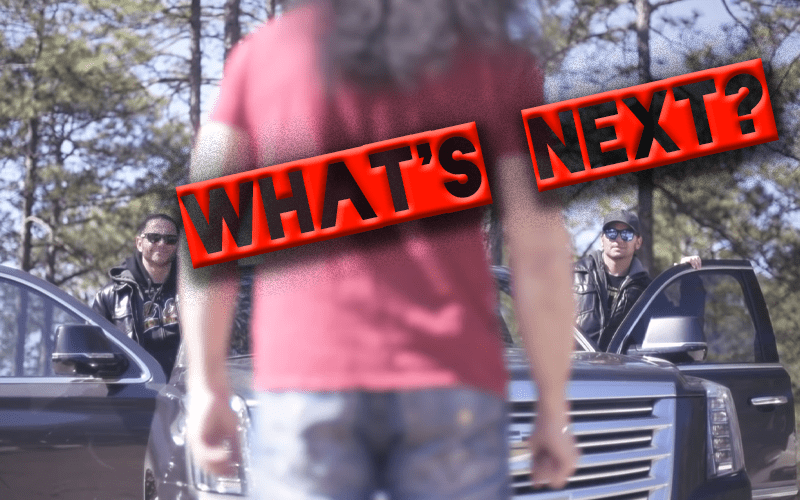 Matt Hardy started Free The Delete when he knew a career crossroads was before him. He had three endings in mind, each with a different person getting out of that car in his driveway. Bray Wyatt, The Undertaker, and The Young Bucks were his choices. WWE didn’t work out, so The Young Bucks showed up at the Hardy Compound.

Click here to watch that popular episode of Free The Delete with The Young Bucks.

While speaking to PW Insider Elite audio, Matt Hardy provided a few spoilers on what’s to come on Free The Delete. His wife Reby Hardy works alongside him on the film projects and they have even more in store.

“That should drop this Wednesday and basically I’m trying to get the Bucks to save me. Obviously, my essence… you know when I reference Zenith it’s like my soul, my essence. From the entry in TNA where Jeff hit the swanton off the top of the Zone Of Impact and he broke my brain and he unlocked part of it where I could be aware of my soul and where it’s been in the 2,000 years it’s been in existence — that soul Zenith has been infected by abomination that’s kinda like if you watch the story it’s what kinda spawned Abigail and it has a couple of other things rolled into it as well.”

“So, it’s like taking over Zenith and it slowly healed it. So, I’m going to see if the Young Bucks can save me or if they cannot save me.”

Matt Hardy confirmed that he has yet to sign anywhere. He is still a free agent at this point.

We’ll have to see what happens next on Free The Delete. Keep checking back with Ringside News and we’ll let you know when it drops.