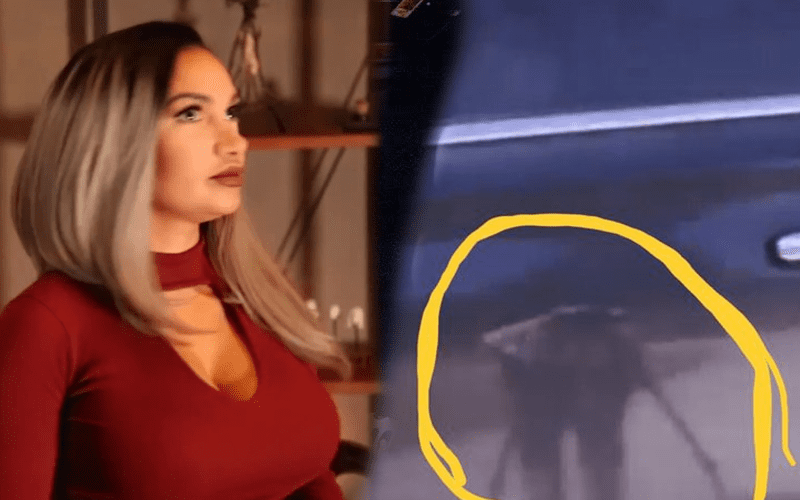 Matt Hardy released the final episode of Free The Delete on Wednesday morning. The Internet Wrestling Community exploded after this video when the Young Bucks stepped out of that car.

As we all know, Reby Hardy is a huge creative force behind the Broken Universe and she deserves a lot of credit too.

Some eagle eyed fans noticed something else in the Free The Delete finale. Reby Hardy and her tripod could be seen in the reflection of that vehicle door as it opened.

Reby saw that some fans had called attention to this small error. It really blew her mind that people would go through so much trouble just to point out this mistake. She still appreciates their dedication.

THIS is how badly they want to talk shit. They gotta put my shit in slow motion & CIRCLE IT IN YELLOW to find .2 seconds of something to criticize

Thank you. I appreciate your dedication

Reby Hardy didn’t seem to let this bother her. When someone made a comment about how she was at least wearing clothes in this reflection shot she said that all future shoots will be done in the nude. She was referencing an episode she filmed in January where she had to film without clothes on after falling in the pool.