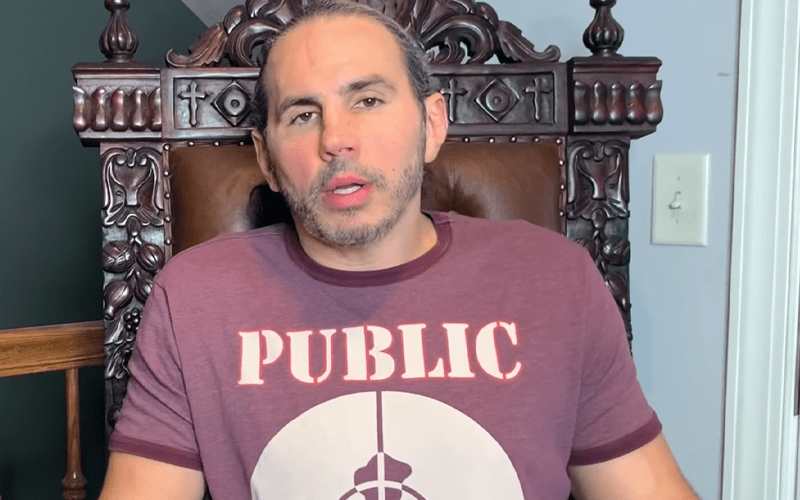 Matt Hardy allowed his WWE contract to run up. He is now a free agent and able to sign with whichever company he likes.

Hardy spoke to PW Insider Elite audio while he was appearing at The Big Event. Mike Johnson asked Hardy if he has signed anywhere and the response was negative.

Matt Hardy has not signed to any pro wrestling company. He was at The Big Event and WWE put forth a new rule saying that no event can book AEW talent and WWE Superstars.

It’s highly expected that Matt Hardy will end up in AEW. A lot of fans think he will be The Dark Order’s Exalted One. The company seems to be dropping those hints as well. Right now nothing official has been signed between the two sides.