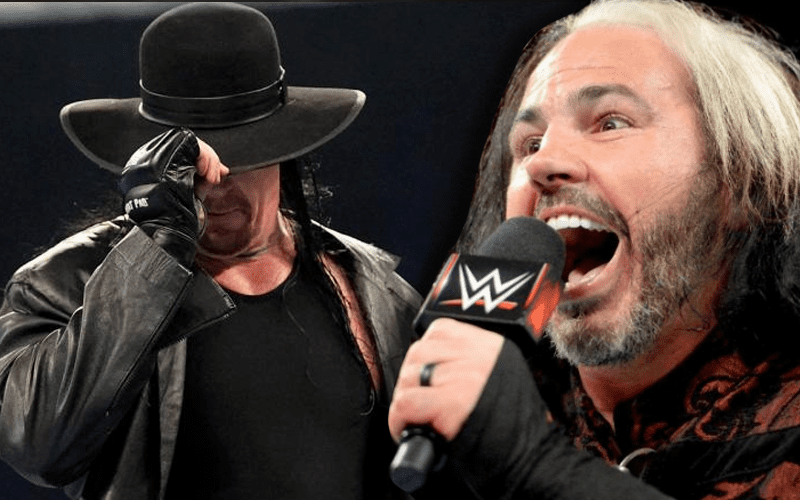 Matt Hardy started telling the Free The Delete story long before he knew what is was doing with his career. He let his WWE contract run out, but there were other endings Hardy had in mind.

While speaking to PW Insider Elite Audio, Matt Hardy revealed that he had three possible endings for the Free The Delete series. Each one of them would have been very different.

Matt Hardy said that he had three different endings for Free The Delete depending on where he decided to go. He said that the original ending was him staying in WWE.

He said that it was either going to be Bray Wyatt or The Young Bucks showing up at the end of Free The Delete. He wanted the third option to be The Undertaker.

Hardy admitted that he might have been being a bit too optimistic about wanting The Undertaker on Free The Delete. It was still an idea that he pitched, but it was obviously rejected.