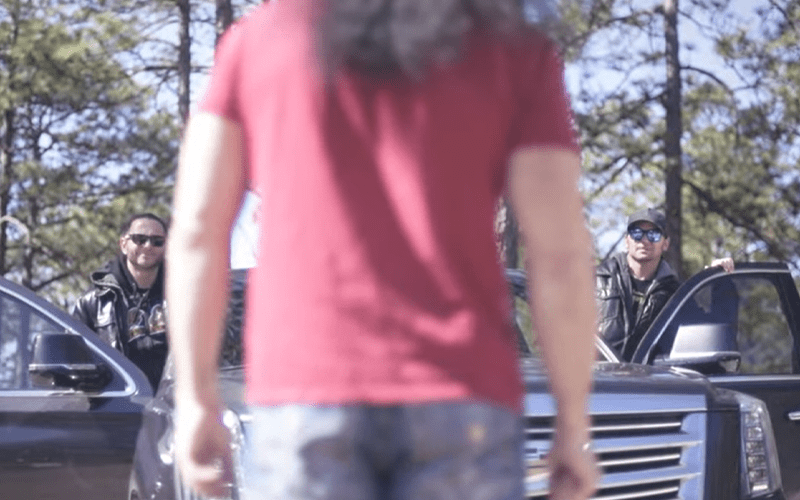 Matt Hardy allowed his WWE contract to expire. Now he is free to go where ever he likes. It appears that he could be showing up in AEW.

Hardy sent out a big tease this morning. He also teased Impact Wrestling. At this point, Hardy seems to be playing the field. He’s obviously still friendly with Nick and Matt Jackson.

The Bucks Of Youth showed up on Free The Delete’s 10th episode. During the video, Matt Hardy is talking to two people on the phone saying that they need to remove Zenith from his body again because they’re the only ones who can.

A quick montage flashed on the screen of Matt Hardy taking a conchairto on Raw from Randy Orton and sitting in the wooden chair of wheels. Matt was shown ripping off his neck brace and getting back to work. He constructed a cross and carried it across his compound to stand in front of a hole ready for a burial.

The video ended with a black truck pulling up to the Hardy Compound in North Carolina. Nick and Matt Jackson were in the car and the camera caught a real “hero shot” of them as the doors opened.

Matt Hardy stood in front of them with a smile on his face and replied: “Bucks Of Youth, I knew you’d come.” Then the video cuts off.

You can watch the video below.