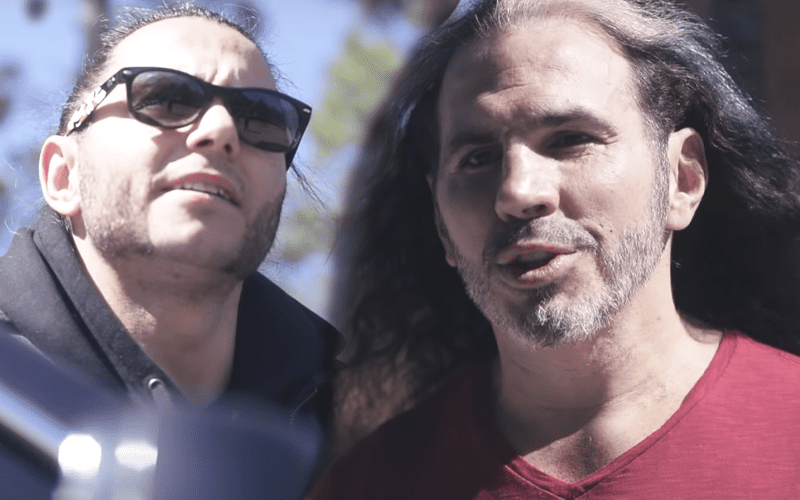 The final episode of Free The Delete featured a surprise ending. The Young Bucks showed up at the Hardy Compound after Matt called them. They addressed this unexpected cameo during Being The Elite.

Click here to watch that newsworthy ending to Free The Elite with The Young Bucks.

During Being The Elite this week, Matt Jackson and Brandon Cutler addressed the fact that Nick Jackson wasn’t there. They said he was “medically disqualified” from action after their hard Revolution match. The reality is that Nick Jackson is at home with his wife until their third child is born.

Cutler then asked Matt Jackson what they were doing at the Hardy Compound. Matt didn’t even seem to know.

“Let’s just say that I’m not even sure what happened at the Compound. It was wild. We’ll talk offline about it. It was weird, wild… more to come, I’m sure.”

Matt Hardy revealed the reaction he received from members of the WWE locker room after The Young Bucks showed up in his video. There were a lot of “hell yeahs.”

Jackson couldn’t say much about Hardy. He did say that fans should expect to see more on the way. This could be a very interesting time for All Elite Wrestling.