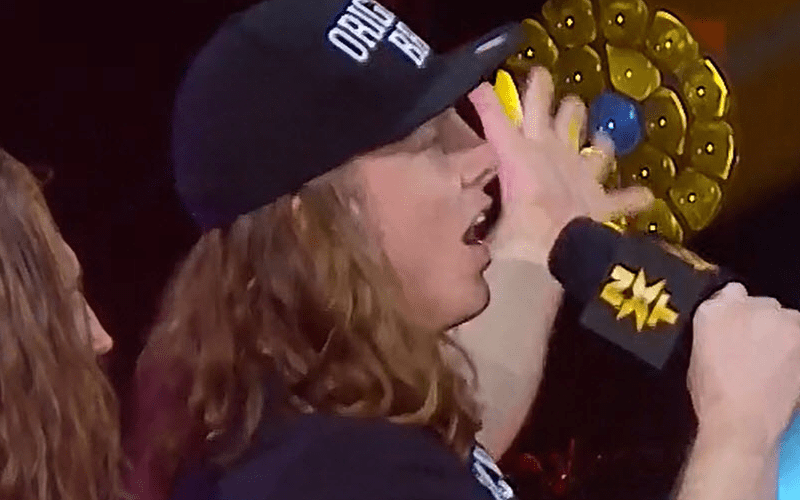 Triple H might not care what Matt Riddle tweets about Brock Lesnar. That doesn’t mean that The Beast Incarnate is okay with the King Of Bros tagging him on social media.

Brock Lesnar reportedly got to Vince McMahon’s ear and now McMahon sees Matt Riddle as “an outside guy.” During Wrestling Observer Radio, Dave Meltzer discussed Riddle’s title win and that WWE needs to keep him happy.

It was noted that Riddle could leave WWE if he’s not happy. He has experienced the pro wrestling scene outside of WWE so he knows that there are other options. Then Meltzer went on to say that if Riddle didn’t have main roster heat then he would probably already be on RAW at this point.

“If WWE uses him well then he’ll stay, but he’s not a guy like some of these guys are to where if WWE doesn’t use him well he’ll just sit there and go, ‘Oh well, I’m in WWE.’ He wasn’t happy in UFC. He wasn’t happy in Bellator. He’s only gonna be happy when he feels like he’s being used to his top potential. He’s got to be pushed to a certain level in that way and also, he should be anyway. It should be interesting to see, but I would think again if it wasn’t in the situation it was now that Heyman would always have him on the RAW roster and he’d be in that Aleister Black position and he’d be doing better, much better.”

Matt Riddle was fired from UFC which is something he’s not shy to speak about. He still considers Dana White pretty dumb for cutting him loose. We’ll have to see what’s next for the King Of Bros, but he’s enjoying his first title in in WWE NXT right now.